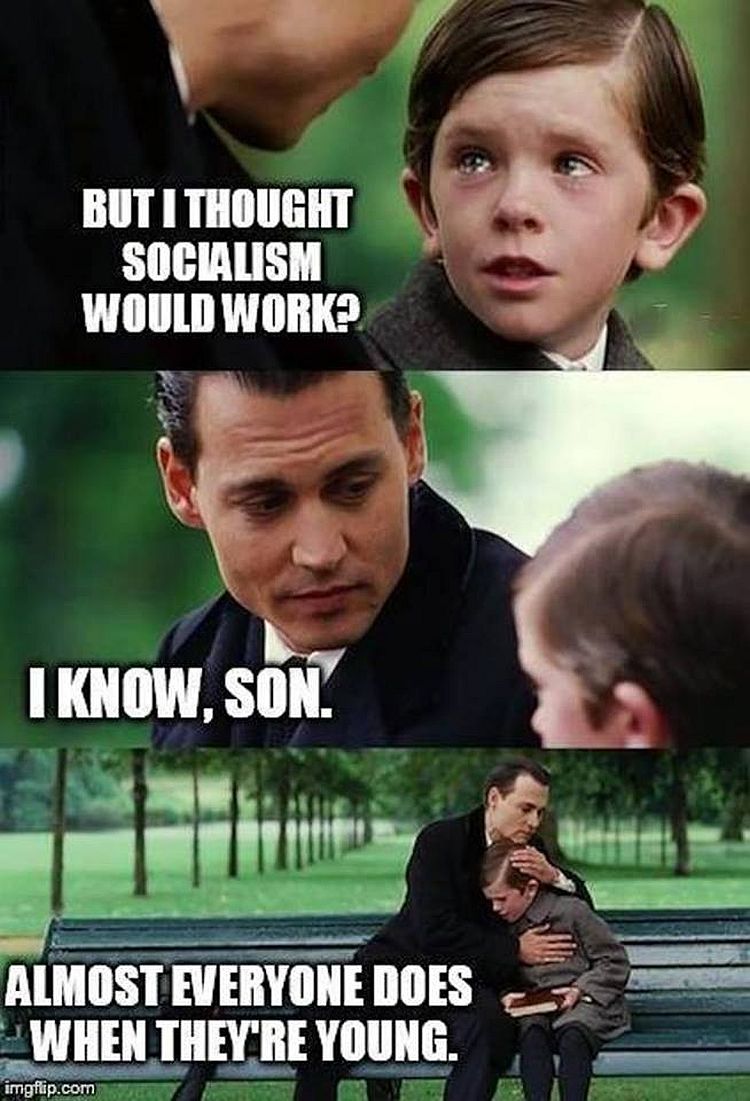 More than any other age group, millennials are taken by socialism. A recent survey found that more than half of people under 25 have a really groovy feeling about socialism.

Groovy until they’re told what it actually means.

That 50-plus percent support dwindles to the low 30s when asked if they favor “an economy managed by the government,” which is the very definition of socialism.

Something else interesting happens too. As they get older, they reject socialism more and more – because they’re getting jobs. Writing in theAlaska Dispatch News

, Emily Elkin explains what these millennials are thinking of:

So what does socialism actually mean to millennials? Scandinavia. Even though countries such as Denmark aren’t socialist states (as the Danish prime minster has taken great pains to emphasize) and Denmark itself outranks the United States on a number of economic freedom measures such as less business regulation and lower corporate tax rates, young people like that country’s expanded social welfare programs.

As millennials enter the income bracket considered “middle class,” about $40,000 to $60,000 per year – their support for income redistribution drops considerably.

Along the same lines, while most unemployed or underemployed millennials support paying more in health care costs to support people who don’t pay a dime, support drops dramatically once they have to pay those premiums themselves.

Millennials like free markets, and capitalism and globalization. They’re holding the penultimate triumph of these in their hands – the smartphone.

They’re the greatest beneficiaries – they just don’t realize it yet.