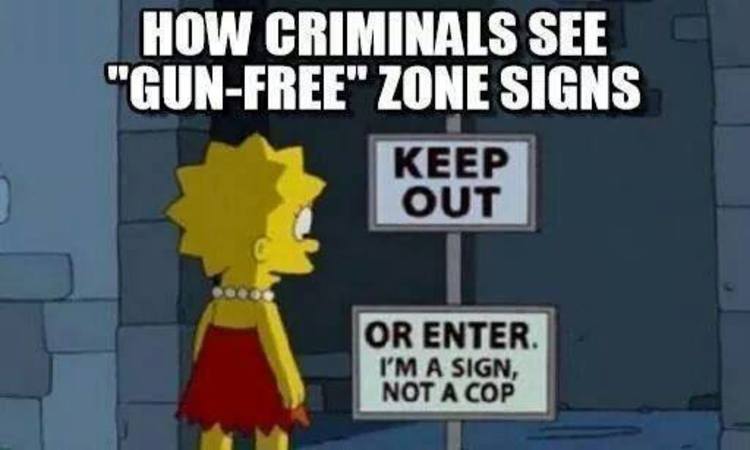 Robert Gehl reports New York City Councilman Dan Garodnick has a really stupid idea and he’s excited to share it with you.

He wants to put up signs on roads leading into the city telling criminals that New York City is a “Gun-Free Zone.”

Because hereally is that dumb

, Garodnick thinks that gun traffickers and other criminals willsee the sign, turn around, go home, repent their sins, give their mother a kiss and enroll in some classes at the local junior collegeor some such nonsense. 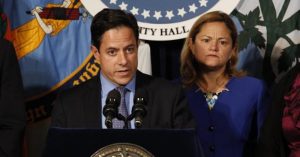 “We want to make a statement here, the Manhattan moron said. “Between 85% and 90% of guns used in crimes come from out of state. It will be helpful … to send the message that New York City will take action against you for having an illegal firearm.”

Helpful? The only people a “Gun-Free Zone” sign is going to help is the criminals and gun traffickers who are only reminded that the city has effectively disarmed residents, making their jobs much easier.

He plans to introduce the legislation this week that would require the city’s transportation department to put up the signs at all the bridges and tunnels into the five boroughs in the city, the New York Daily News is reporting.

We all know how terribly effective “Gun Free Zone” signs are, right? That’s why there are no school shootings and that’s why liberals around the country have yard signs proudly declaring they live in a “Gun-Free Home.” Wait … none of that is true.

A few years ago,Project Veritassent people out posing as gun-control advocates to reporters’ homes, asking them if they’d put “THIS HOME IS PROUDLY GUN-FREE!” in their yards. They were uniformly rejected. Liberal bobblehead Touré had the best response:“Um… I mean… Uh… I mean… You know… I mean… I mean, uh, you know that I’d have to talk to my neighbors…”

It’s bad enough that New York City disarms its residents, effectively making them sitting ducks for any armed criminal. Do they really have to publicly announce it too?