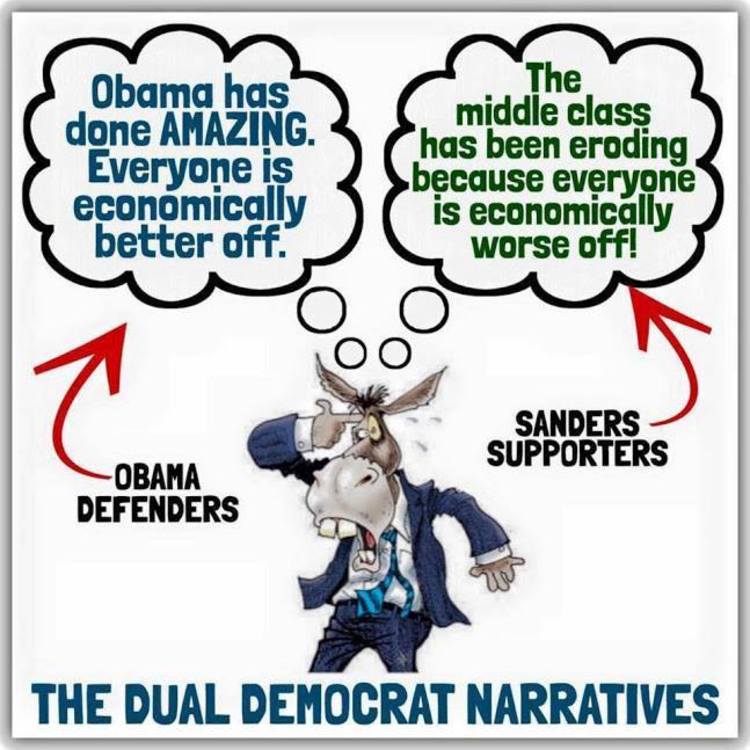 Analytical Economist reports what California liberals have done to the middle class in their state:

Conservatives have been arguing for decades now that liberal policies that discourage work through excessive taxation and reward non-work through redistribution have the opposite effects as intended.

While re-distributive policies may be favored on the basis of equity, in the long run the drag they have on the economy makes us all poorer.

One such example of this in action can be seen in migration trends between the States – essentially people with their feet on where they want to live. As would be expected, the highest taxed states are seeing their people flee to lower taxed states.

Economist Daniel Mitchell detailed how this is effecting California in a recent blog post:

California’s consistent net domestic out-migration should be concerning to Sacramento as it develops state policy. As the adage goes, people vote with their feet and one thing is clear, more people are choosing to leave California than come.

Those in the heart of their prime working-age are moving out. Moreover, while 18-to-24 year olds (college-age individuals) make up just 1% of the net domestic out-migrants, the percentage swells to 17% for recent college graduates (25 to 39 year olds).

It’s not even just the wealthy, who have the most to lose, fleeing California.

…while there is a narrative that the rich are fleeing California, the real flight is among the middle-class.  California ranks 6th, nationally, in state-local tax burdens – those living in California are hit with a variety of higher bills, which cuts into their bottom line. Which leads to a less economically productive environment and less tax revenue for the state and municipalities, but a need for more social services.

And when coupled with the fact that immigrants – who are helping to drive population growth in California – tend to be, on average, less affluent and educated and also are more likely to need more social services, state, county, and municipal governments could find themselves under serious administrative and financial stress. …the state’s favorable climate and natural beauty can only anchor the working young professionals for so long

This is obviously horrible news for California, but great news for the States that are absorbing their migrants. It’s not a good sign for the Democratic Party when people are literally fleeing from liberalism.