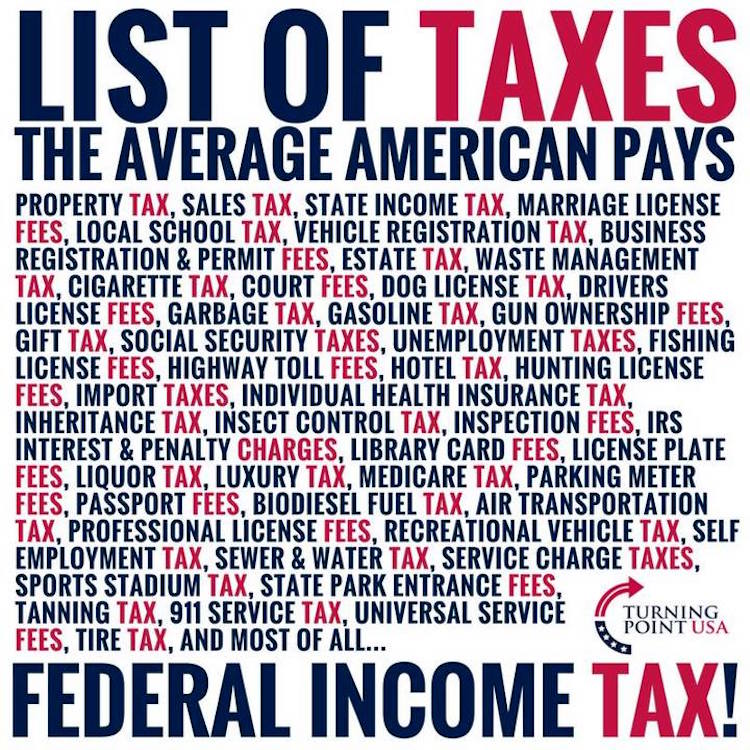 Rich New York elite-types are preparing to flee their home state in advance of the GOP-led tax bill that will expose them to the full force of state Democrats’ crippling tax rates.

A current provision of the tax code allows New Yorkers – and anyone, really – to deduct their state and local property tax rates to the tune of as much as $100,000. In tax-oppressive leftist states like California, New York, and Massachusetts, being able to deduct these taxes from their federal income tax is a massive saving.

But it’s a mirage – it allows residents to avoid facing the full cost of their states’ massive taxes. Soon, that might all go away.

“Everybody I speak to brings this up. Every NYC resident I speak to asks about the feasibility involved in doing it,” Wall Street tax expert Robert Willens told Yahoo Finance. “I’ve been doing this more than 40 years, and never heard more discussion about relocating than recently.”

The taxes are referred to as “SALT,” for “State And Local Taxes.” The current “SALT” deduction on the island of Manhattan is at least $60,000.

The Republican bill would cap the deduction at $10,000. That means rich New Yorkers – and everyone else – who write off their expensive real estate could face as much as an extra $100,000 in taxable income.

Donald Trump and Congress are determined to pass the bill and the President said he wants to sign it into law before Christmas – meaning this week.

New York’s tax burden is the highest in the country, thanks to decades of leftist leaders like New York Mayor Bill de Blasio. The state’s combined state and local income tax burden tops California’s at 12.7 percent. That amounts to roughly $6,993.42 per New York taxpayer.

To top it off, de Blasio said he wants to levy an additional 14 percent tax on the city’s millionaires to pay for improvements to the city subway. The Democratic governor-elect of New Jersey has suggested the same type of tax scheme to pay for public schools. Yahoo reports:

Kelly Smallridge, the president and CEO of Palm Beach County’s Business Development Board, has seen an uptick in activity from CEOs looking to explore Florida since there’s no state tax on personal income.

“The vast majority of inquiries are coming from the financial service industry such as hedge funds, private equity, and family offices,” Smallridge told Yahoo Finance.

Smallridge said she noticed the spike in interest in the last two months. She estimated that she has personally received 20 to 30 “very serious” inquiries. The move from the northeast to Florida has been somewhat of a trend in recent years. In the last five years, 60 financial services firms have relocated to the Palm Beach area, Smallridge noted.

I’m pretty certain those millionaires and billionaires leaving the Big Apple would be welcomed with open arms in low-tax states like Texas, Oklahoma, or Nevada.

New York City is currently home to 82 billionaires, according to a tally on Forbes’ annual rich list. New York state has a population of 9,530 people who are classified as ultra-high-net-worth individuals with assets of at least $30 million, according to Wealth-X.