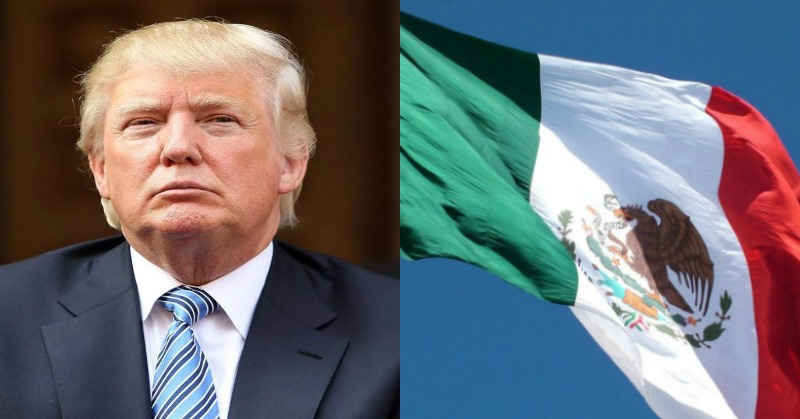 As a last-minute push before President-elect Donald Trump’s Jan. 20 inauguration, the Mexican Ambassador to the United States has urged Mexican immigrants to apply for citizenship.

Ambassador Carlos Sada Solana discussed his advice to Mexican immigrants with Mexican state news agency Notimex on Tuesday, according to The Hill. The move to apply for citizenship is supposedly a hedge against the immigration policies Trump may implement after Jan. 20.

“It’s one of the very important protection actions to become citizens, because then they’re no longer subject to deportation processes and on the other hand, they don’t lose Mexican citizenship,” Solana told Notimex.

Sada said the problem was that many immigrants with legal status and eligibility for citizenship choose not to apply. The top reasons he cited were not considering U.S. citizenship important or necessary, plans to leave the U.S., not speaking English and a lack of information about the process.

According to the Department of Homeland Security (DHS), there are around 2.6 million Mexican lawful permanent residents (LPR) in the United States who are eligible for citizenship, but who haven’t yet applied.

Mexico maintains the largest consular network of any country in any other, with 50 consulates in the United States.

To be eligible for citizenship, lawful permanent residents must be over 18, have resided permanently in the country and meet certain personal qualifications, like being of good moral character, having knowledge of U.S. history and speaking English.

According to Sada, Mexican consulates will have expanded service hours in an effort to assist and inform Mexicans about the potential changes in citizenship policy under a Trump administration.

“The best we can do is inform ourselves and be conscious about our situation, and to know that in the consulates we have personnel that is dedicated specifically to the subject of protection,” Sada said.

Newsmax: Millions of Mexican Immigrants Urged to Apply for US Citizenship
———-

Well of course Mexicans want to hedge their bets here — the U.S. has become a de facto welfare state for Mexico, and Trump’s presidency threatens to turn off the spigot.

This country needs to get smart about immigration on many levels. We have millions of Americans out of work and yet some people think it’s a great idea to keep the flows open to people who will now flood the workforce and the welfare rolls.

If Trump revs up the economy the job issue will be lessened, but we still have to make sure that we are smart about doing what sane countries do — only allow people in who have been thoroughly vetted, who will be productive, and who want to assimilate into American culture.

Immigration reform shouldn’t be about making it easier for the rest of the world to get in to America, it should be about what’s best for America.