If the statistic is true – that nine in ten women in Mexico City are victims of some form of sexual assault on their subway system, then it’s beyond shocking.

And in a culture focused on masculinity and machismo, the groping and fondling of women on crowded train cars is a serious issue.

But why the folks in charge of the city’s subway system decided that a fake penis was a good way to combat this is beyond bizarre. 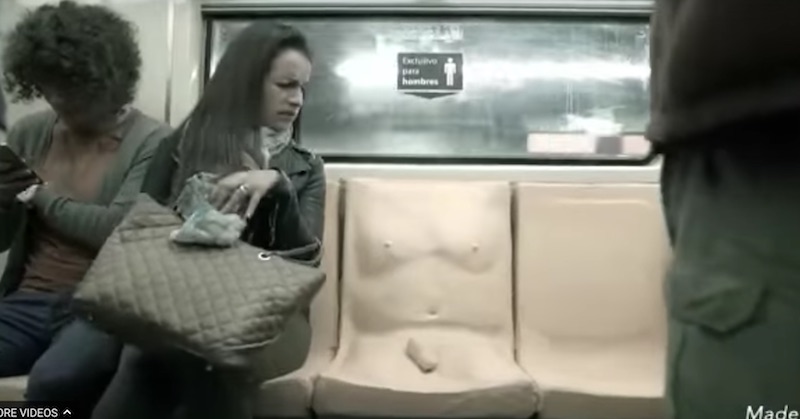 The 60-second public service announcements show people filing onto a train and staring confused at one of the seats. It says it’s for “men only” and is shaped like a male body. The upper half has a man’s chest and belly and the lower half has legs and a relatively pronounced flaccid penis.

The video shows passengers looking confused and trying uncomfortably to sit on the seat, only to give up. A plaque below the seat reads “Sitting here is uncomfortable, but it doesn’t compare to the sexual violence women must suffer through on their commute.”

The passengers begin to look thoughtful and contemplative. Take a look:

The text at the end of the PSA reads: “Nine out of 10 women in Mexico City are victims of some kind of sexual violence in their daily commute.”

This PSA – or the fake penis – or a combination of the two is supposed to stop men from groping women on crowded train cars? Is this how sexual deviants operate? If they see a seat with a penis on it, they’ll think twice before trying to fondle the woman next to them?

Of course, the best way to combat sexual violence against women is to arm them. Let them carry weapons – allow them to defend themselves. Nothing stops a groping faster than the feel of a snubnose .38 special in your gut.

But private ownership of firearms in Mexico is all but banned. So the public – like these poor women on these subway cars – are sitting ducks.

Let’s just hope they get a good look at that fake penis before their next grope. 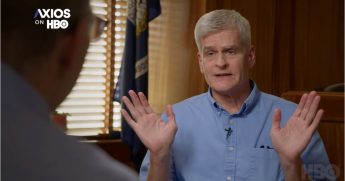