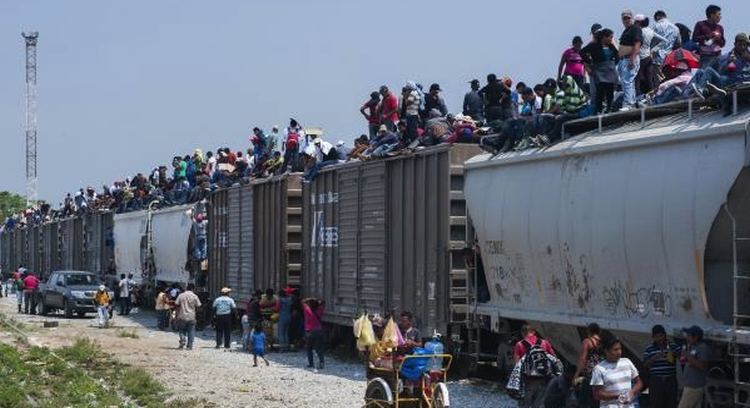 In a stunning  development Mexican President Nieto and Guatemalan President Molina announce cooperation on getting Central American refugees through Mexico and into the US.

On Monday, Mexican President Enrique Peña Nieto and Guatemalan president Otto Perez Molina held a joint press conference in Playas de Catazaja, Mexico, to officially announce an agreement to make it easier for those making the illegal journey to the United States from Central America, to cross into Mexico.

The Southern Border Program to Improve Passage, will provide for more border checkpoints along Mexico’s border with Guatemala, and offer more protection and even emergency medical care to those making their way north. The illegal aliens will receive a so-called Regional Visitor’s Card, according to El Universal.

Officially, the program will grant the cards to only illegal aliens from Guatemala and Belize, allowing them to remain in Mexico’s southern states for 72 hours (more than enough time to reach the U.S./Mexican border by train). While, those two countries share a border with Mexico, the program will undoubtedly benefit anyone who makes it to the border, which would explain why our Border Patrol stations are currently overflowing with illegal aliens from El Salvador and Honduras as well.

It’s almost as if this invasion is also being coordinated with Washington, otherwise how could the Mexican and Guatemalan Presidents get away with being so brazen with their announced cooperation?

Mexico’s economy depends on American tourist dollars to survive. Should Americans boycott Mexican tourism as payback? What can regular people do to make Mexico pay for it’s complicity in this?