Mexico sent federal police to its southern border Wednesday with a warning that they will detain and deport any members of a highly publicized migrant caravan who try to enter the country without a visa.

The police officers arrived in two planes in Tapachula, a border city that is a popular waypoint for migrants coming up through Central America to cross into Mexico. Local media reports showed hundreds of agents deplaning, some carrying riot gear. 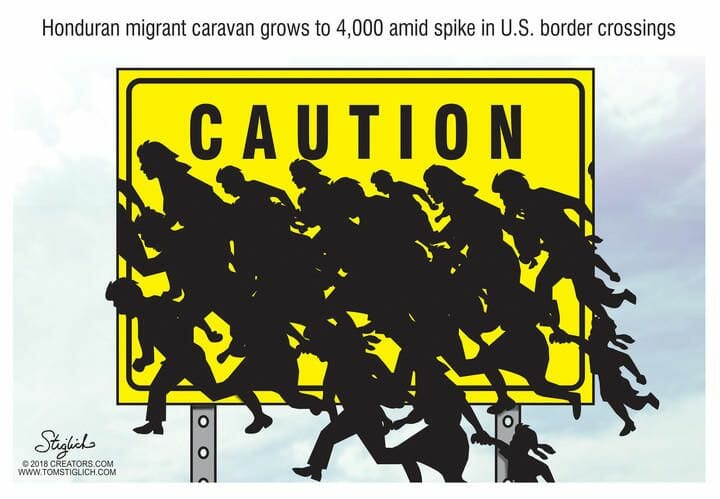 In a statement released Wednesday evening, the Mexican foreign ministry said any of the caravan migrants entering the country “in an irregular manner” will be arrested and administratively deported if appropriate. Migrants who claim they are fleeing violence and want to petition for asylum must do so at the border, while remaining in a government-run camp for up to 45 days, the statement also said.

The caravan, dubbed “March of the Migrant,” formed in the northern Honduran city of San Pedro Sula on Friday, numbering about 150 migrants. It has since swelled to more than 2,000 people and has already crossed into neighboring Guatemala en route to the Mexican border.

Caravan members say they are fleeing endemic poverty and violence in Honduras. Upon reaching Mexico, the migrants intend to request refugee status or transit visas that will allow them to keep moving north to U.S. ports of entry, according to march organizers.

The caravan is the second large group of migrants to attempt to reach the U.S. border through Mexico this year, following a similar procession in April. In response to the earlier caravan, President Donald Trump accused Mexico of enabling illegal immigration and ordered thousands of national guard troops to the border in support of law enforcement agents, a deployment that continues today.

Trump has threatened governments of Honduras, Guatemala and El Salvador — where nearly all the caravan migrants are from — with foreign aid cuts if they don’t act to stop the outflow. Honduras warned its citizens Tuesday against taking part in the march, while Guatemala detained some of the caravan organizers on charges of immigration violations.

As the caravan continued to move north through Guatemala on Thursday, Trump turned his attention to Mexico, asking for helping in stopping the “onslaught” of migrants. He threatened to use the military to close the southwest border if Mexico doesn’t halt the procession. 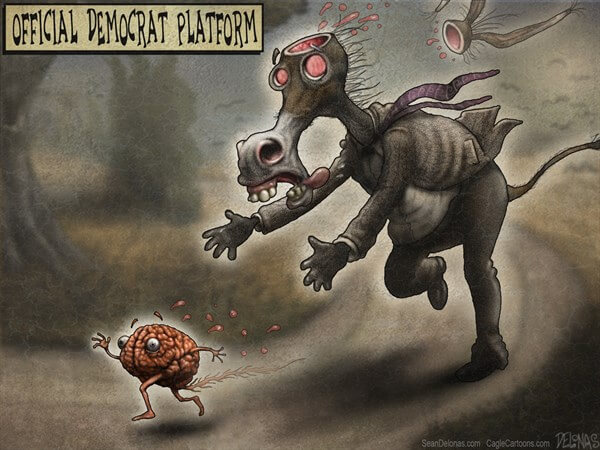 “I must, in the strongest of terms, ask Mexico to stop this onslaught – and if unable to do so I will call up the U.S. Military and CLOSE OUR SOUTHERN BORDER!” Trump wrote on Twitter.

Adults from Nicaragua, Honduras, El Salvador and Guatemala only need to show their national identity cards to cross each other’s borders, but the rule doesn’t apply in Mexico. Prior to Wednesday’s statement, the Mexican government had already said entry visas would not be granted to migrants who don’t meet “the requirements to transit toward a neighboring country.”

Mexico also said it does not grant visas at border ports of entry, only at Mexican consulates abroad.

Secretary of State Mike Pompeo is slated to meet with Mexican President Enrique Peña Nieto in Mexico City on Friday, according to the State Department. The migrant caravan will be on the agenda, a department official said.