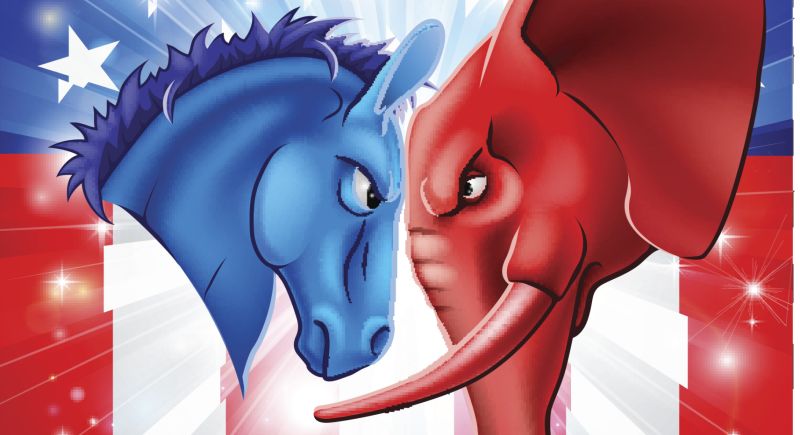 Liberals like to think and talk about themselves as if they were the wave of the future. Note, for example, how Barack Obama and John Kerry have denounced Islamist terrorists and Vladimir Putin for behaving as if they are still in the “19th century.”

On domestic policy, liberals see history as a story of progress from tiny government to ever-larger government — though never stating exactly how far that movement should go.

Obama came to the nation’s attention in 2004 as a new figure, young and future-oriented. His successful 2008 campaign was seen as a drive for “hope and change.” But in many ways today’s Democrats seem stuck in the past, a party whose headliners are increasingly legacy candidates.

Examples are found in seriously contested Senate races. In Arkansas, Democratic Sen. Mark Pryor has run an ad featuring his father, David, who was first elected to the House in 1966, as governor in 1974 and to the Senate in 1978.

He retired from the Senate in 1996, 18 years ago. Since then, Republicans have captured majorities in both houses of the state legislature and the entire congressional delegation except for Pryor’s seat.

In Louisiana, Democratic Sen. Mary Landrieu was embarrassed by the revelation that her in-state residence is her parents’ house. Appropriately, perhaps, since politics is the family business.

Her father, Moon Landrieu, was first elected to public office in 1960. He was elected mayor of New Orleans in 1970 and 1974. His fame helped Mary Landrieu win three Senate races, never with more than 52 percent of the vote, and it helped her brother Mitch get elected lieutenant governor in 2003 and 2007 and New Orleans mayor in 2010 and again this February.

Up in Alaska, incumbent Democratic Sen. Mark Begich faces a tough challenge. Elected mayor of Anchorage in 2003 and 2007, he comes from a well-known political family. His father, Nick, was elected to Congress in 1970 and was lost in a plane crash with House Majority Leader Hale Boggs in 1972, 42 years ago. This year, Begich’s campaign produced an ad featuring footage from his father’s old campaign commercials.

California’s Democratic senators both lack political parentage but won their first elections a long time ago, Dianne Feinstein in 1969 and Barbara Boxer in 1976.

Then there’s Hillary Clinton, favorite for the 2016 presidential nomination, whose husband was first elected to public office in 1976. The Clintons’ 1992 theme song, “Don’t Stop (Thinking About Tomorrow),” was released in 1977.

If Democratic officeholders are rooted in the past, so are some of their favorite policies. On Labor Day, Obama called for raising the minimum wage, first passed by Congress in 1938.

Left-wing Democrats are calling for increased benefits under Social Security, first passed in 1935. Equal pay for women is a staple of Democratic campaigns. It has been federal law since 1964.

Democrats have ingeniously recycled these oldies. The much-heralded Lilly Ledbetter Act extended the statute of limitations on sexual discrimination suits — a gift to trial lawyers.

In 2012, with help from former Clinton aide George Stephanopoulos, Democrats raised the specter of Republicans banning contraception — something the Supreme Court ruled out in 1965.

The recycling of past themes can block more effective alternatives. For example, more than half of minimum wage increases go to members of non-low-income households. One could give more to the working poor by expanding the earned income tax credit, but that doesn’t poll as well.

Social Security is already on an unsustainable course; increasing benefits is a nonstarter. It might be better to imitate Canada’s tax-free savings accounts if we want comfortable retirements for modest-income people.

As for contraception, there are reports that it was widely available even before the Obamacare contraception mandate requiring all forms, including abortifacients, to be covered in health insurance policies.

Every political party has its grizzled veteran officeholders and succumbs sometimes to the temptation to champion antique policies and talking points that poll well rather than innovative policies better suited to new times. But Barack Obama’s — and Hillary Clinton’s — Democratic Party, stung by the electorate’s ingratitude for its economic policies and Obamacare, seems to have jumped into a “Back to the Future” DeLorean and steered half a century back in time.

Who would have thought “hope and change” meant Industrial Age big government for the individual-choice-oriented Information Age?

Michael Barone
Michael Barone is a FOX News political contributor and joined the network in 1998. Additionally, he currently serves as a Senior Political Analyst for the Washington Examiner and is a resident fellow at the American Enterprise Institute. Barone is the principal co-author of The Almanac of American Politics and is also the author of Our Country: The Shaping of America from Roosevelt to Reagan. Over the years he has written for many major market publications, including The Economist, The New York Times, The Detroit Press, American Enterprise, and The Daily Telegraph of London
Is This the Political Map of the Future or Does It Significantly Overstate Republican Strength?
Obama Forced by Events to Reverse Course --- and Disillusion Base
Michael Barone: Democrats Look Increasingly Like the Party of the Past
Barone: Bipartisanship is Alive and Well, But Not in The Obama White House
See more...