Gov. Whitmer’s administration is “drafting permanent rules that, once adopted, would impose an indefinite mandate for employees and customers to wear face masks,” reports Michigan CapCon.

In an interview over the weekend, Michigan’s governor lamented on the state’s rise in cases even though Michigan has and continues to have the most severe restrictions across the country.

Whitmer told the viewers of ‘Face The Nation,’ “We’re seeing a surge in Michigan, despite the fact we have some of the strongest policies in place, mask mandates, capacity limits, working from home, we’ve asked our state for a two-week pause.”

In complete contrast, Texas opened its state with zero restrictions – including mandates for wearing masks inside businesses – and saw RECORD lows in positive covid numbers.

He claims these companies produce widely inaccurate Covid information to drive division and fear for massive profits. Bill Maher can say it because he claimed that Donald Trump is responsible for all the Covid deaths in the same segment. Knock Trump to tell the truth – that is the Democrat safety net.

We know all of this is true, and yet Gov. Whitmer’s administration, through Michigan Occupational Safety and Health Administration (MIOSHA), is submitting a “regulatory impact statement” in a bid to set permanent Covid-19 rules.

In the report, MIOSHA collaborates with Whitmer by forcing businesses to have their employees and patrons follow strict regulations regardless of their vaccine status.

Whitmer famously used the Public Act 302 of 1945 to grab emergency powers over Michiganders during the pandemic and would last until “emergency conditions no longer exist.”

She closed schools, businesses, and any gathering – including churches – of 50 or more. All of these actions have not stopped or curtailed the virus’s impact on the health of Michiganders. Nor did it stop the economic devastation that Michigan might now recover from.

Luckily the Michigan Supreme Court – after dragging their feet – rules against the governor’s interpretation of the law and order the governor’s rules illegal. That isn’t stopping her from finding any way to keep control.

Restaurants and bars “must require” all patrons to wear a mask “except when seated at their table or bar top.” But they aren’t the only industry that will be required to hold themselves to the standards the rules require, as the measures include similar crippling restrictions for sectors from health care to construction.

States like Texas and Florida proved these restrictions make little to no difference in the spread of Covid. MIOSHA is required to hold a public hearing on the new rules, but the law doesn’t require them to implement any changes suggested by the public.

Ultimately, it doesn’t matter as the Michigan legislature will have little to no recourse to stop the rules from going into place. Recalling Gov. Whitmer is about the only recourse the people have. 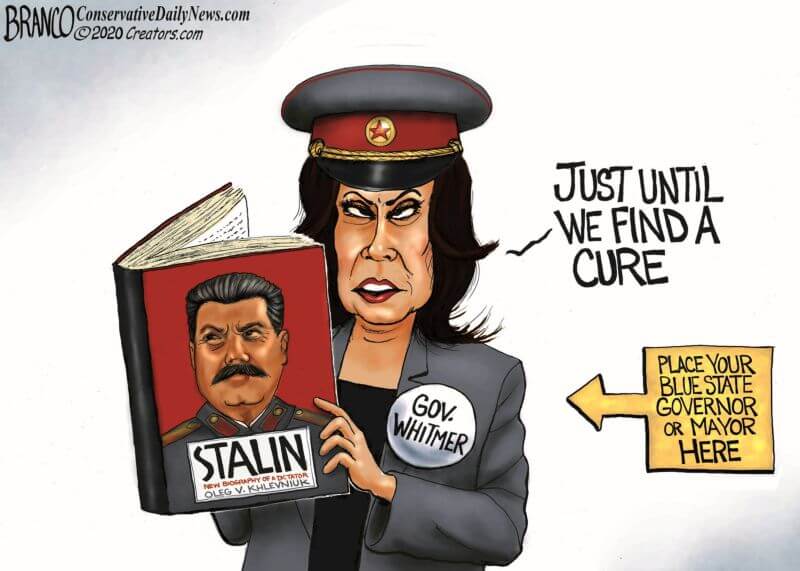