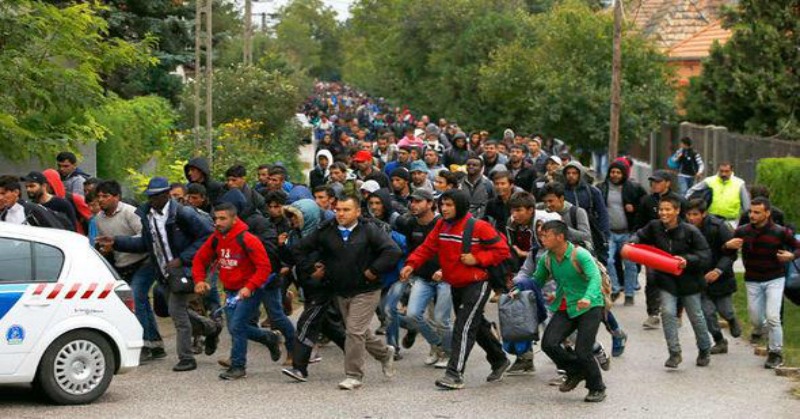 In the last two years, refugees committed more than 200,000 crimes in Germany, according to a classified report leaked to the media.

The report ended up in the hands of the German newspaper Bild and shows a shocking number of previously hidden crimes committed by Middle Eastern migrants: 208,344 to be precise.

One-third of the crimes were money-related – fraud or “asset” offenses and another third were related to theft.

Only one percent – or 1,688 of the crimes were sex offenses, with 458 being sexual assault or rape, but the number does not include the 446 alleged sexual assaults in Cologne on New Year’s Eve, The Daily Caller is reporting.

Not all ethnic groups committed crimes at the same rate. There were more offenders from Eritrea, Nigeria and the Balkan states. Serbian refugees, for example, only comprised 2 percent of the refugee population but 13 percent of the crimes.

The 446 alleged sexual assaults on New Year’s Eve threw Germany into an uproar, mostly because of accusations that the German government collaborated with the media to downplay the incident. Of particular note, following the assaults, Cologne Mayor Henriette Reker put the onus on females who were assault and suggested women should abide by a code of conduct to avoid future assaults.

Due to increasing crime rates and generally bad behavior, tensions over importing over a million refugees were high, and the assaults in Cologne, committed mostly by Arabs and North Africans, pushed ordinary Germans over the edge. A recent poll indicated that 40 percent of Germans want Chancellor Angela Merkel to resign due to her poor handling of the refugee crisis. She has admitted Europe has totally lost control of the situation.

“All of a sudden we are facing the challenge that refugees are coming to Europe and we are vulnerable, as we see, because we do not yet have the order, the control that we would like to have,” the chancellor told a meeting of business leaders.

Meanwhile, to deal with the migrant crisis, Europe has closed their internal borders to passport-free travel – meaning migrants who make it to Greece will not be permitted to leave the country and go further into Europe without proper paperwork.