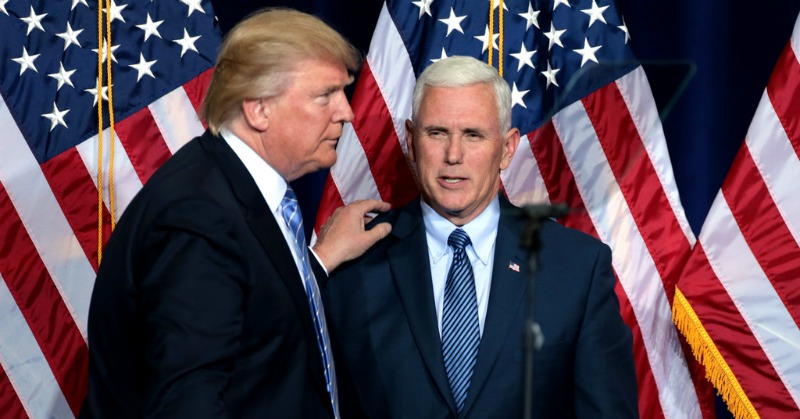 In a huge development, Vice President Mike Pence will make history as the first sitting vice president to attend the March for Life in Washington D.C. on Friday, where he is set to address the crowd and force the liberal mainstream media to try and find a way to ignore the huge march as they usually do.

For the 44th time since Roe v. Wade made abortions a federally protected right, pro-life activists will gather on the National Mall for the annual March for Life.

As in years past, Americans from all walks of life — and from all 50 states — made plans to travel to Washington in order to speak for the unborn. And, also as in years past, most were prepared for the usual lackluster coverage of the event from most major media outlets.

Presidents Ronald Reagan and George W. Bush addressed the pro-life rally in 1987 and 2003, respectively, but did so via telephone.

We have marched for many years but you wouldn't know it because media doesn't cover us. Today is @1lifela, next week @March_for_Life. https://t.co/sJlovTd9t6

The March for Life, with its long history as the biggest pro-life rally in the nation, is usually snubbed by the media, which would rather laud the incoherence, vulgarity, hypocrisy, and in some cases criminal behavior demonstrated at the so-called Women’s Marches after the inauguration.

This year will present a unique issue for the liberal MSM with the huge announcement that the vice president will attend and address the crowd.

The Trump administration will be well represented at the rally, as senior adviser Kellyanne Conway is also slated to make an appearance.

Trump gave his first interview after being sworn into office recently with ABC News, in which he made it clear that his administration would have a strong presence at the huge pro-life rally.

Not only did he note that his administration would have a strong presence, he also called out the media for not covering the extraordinary event that takes place each year.

.@DavidMuir looked like he'd seen a ghost after Trump called out media censorship of March for Life! #coverthemarch https://t.co/iKry2gwGjw

The media will now have to figure out a way to explain not covering a historic event with the vice president in attendance. Good luck with that because either way, as J.Shaka pointed out on Twitter, they lose. They either have to cover an event they are loathe to cover or they offer yet another confirmation of their enormous and shameful bias for all of America to see.