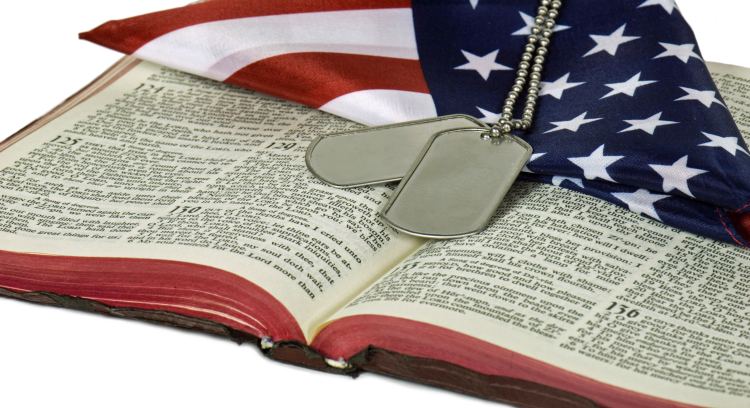 In March the U.S. Air Force kicked the Christian Gideon’s group off base because passing out Bibles violated the separation of church and state rule, and because someone might be offended.

But US military personnel  stationed in Bahrain are expected to adhere Islamic practices during Ramadan.

Via Stars and Stripes:

U.S. personnel accustomed to drinking their coffee on the drive to work will have to put that habit on hold for about a month. It’s one of a few lifestyle changes Americans will have to make during the holy month of Ramadan.

Ramadan is the ninth month of the Islamic calendar. Officials expect Ramadan to begin at sunrise on Saturday, depending on when the new moon is sighted. The holy month lasts for approximately 30 days — until about July 28. For Muslims around the world, Ramadan is a month of fasting and devotion to God. Most Muslims fast from dawn to sunset, when families gather for Iftar — the meal that breaks the fast.

For the 8,200 U.S. personnel living here, and those serving throughout the U.S. Central Command area of responsibility — including servicemembers, civilian personnel, contractors and family members — the month may require changing some daily routines.

Businesses and government offices will reduce hours and most restaurants will be closed during daylight hours.

While not required to fast during Ramadan, in Bahrain, Americans can be fined or detained by local authorities for eating, drinking or smoking in public when off-base during daylight hours.

Navy officials are requiring U.S. personnel to dress more conservatively off-base during Ramadan. Although not a requirement by Bahraini authorities, the Navy is demanding that men wear long-sleeved shirts and women wear sleeved blouses that cover their elbows. Also, men must wear long trousers, and women should wear pants or skirts that cover the knees.

Is this Navy policy a reasonable accommodation to the people of Bahrain, or a violation of the rights of the servicemen and women?

Steve Straub
Steve has been involved in national politics for over 20 years and helps run one of the largest conservative opinion and analysis sites in the country.
Democrat Hypocrisy on Covid Restrictions Brutally Summed Up by a Single Cartoon
Moderna Top Doc Seemingly Sides With Rights Stealing Dems, Says Vaccine Might Not Stop Spread, No Changing of Behavior After
FBN’s Kennedy Lays it Out: Snitching on Neighbors for Gathering on Thanksgiving Is Like Living in Nazi Germany
MSNBC Host Reid Asks If Republicans Who Still Defend Trump’s Voter Fraud Claims Be Allowed to Polite Society
Brutal Cartoon Shows What's Next if Democrats Finally Get Their Way, The End of Freedom of Speech and Religion
See more...