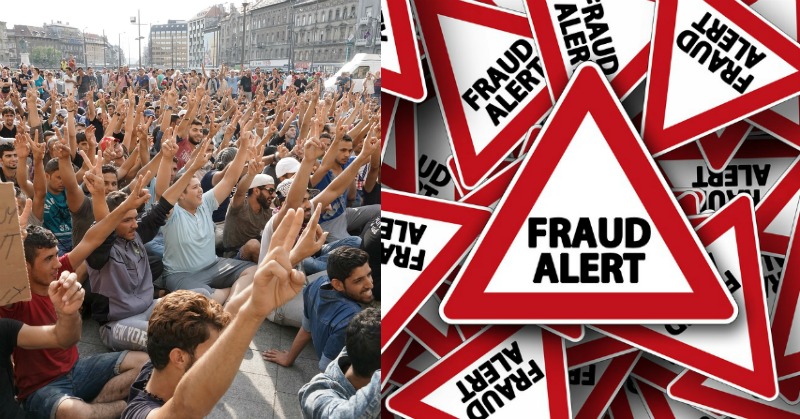 A German city found that in addition to the other dangers that we’ve already found refugees to pose — the terrorist threat, sexual assaults, etc. — they have also scammed a great amount of money from the welfare system.

The city of Braunscheig discovered over 300 cases of welfare fraud, most of which involved Sudanese refugees, German press reported Sunday. The cost is estimated to be around 3 to 5 million Euros, or between $3.2-5.3 million.

Scamming welfare officials was not difficult for the asylum seekers, as they grew beards, wore glasses, and changed hairstyles to trick them.

German officials estimate that on average, the fraud per person reached thousands of Euros. One asylum seeker used around 12 different identities in his scams.

Well, isn’t that nice. It’s not as if refugees aren’t already an added expense to the countries that take them in, but now they can deal with millions of dollars’ worth of fraud for their trouble.

It’s not just the fact that money was scammed either, which is bad enough, as we have found an even more dangerous threat that lies in where that money has gone.

One of the Brussels bombing suspects was given £3,000 of British welfare payments by a group of Islamist fanatics, it has emerged.

The so-called “Man in the Hat” (pictured) – whose real name is Mohamed Abrini – has been linked to the terror cell behind this year’s Brussels suicide bomb and last year’s Paris gun attacks that claimed a total of 162 lives.

But hey, according to the Left, the compassionate thing to do is to allow refugees to stream into our country, scam the welfare system, and use that money to fund terrorism, among other crimes.

We know ISIS uses refugee streams to infiltrate the West. We know that refugees are highly unlikely to assimilate, and that their culture is more often than not anathema to Western culture. We know that there is a significant danger.

What do we also know? We also know that this specific threat from refugees can be eliminated simply by not letting them in — which we do not, despite the ignorance of the Left, have an obligation to do.

We do have an obligation to keep our country safe, however, and that is precisely what the incoming administration should strive to do.