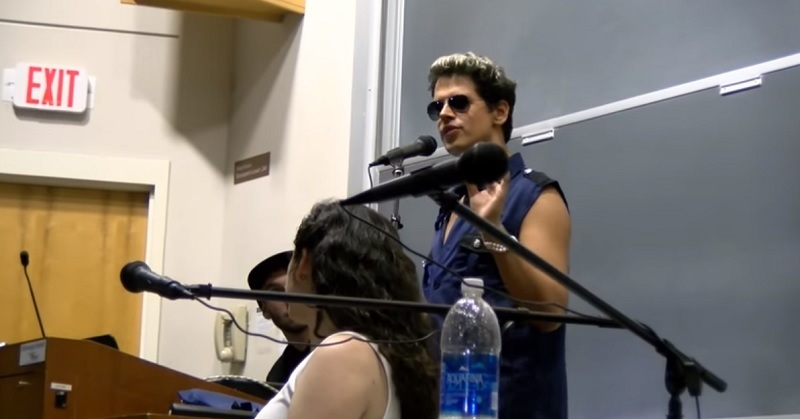 Shortly after it was revealed that “Internet villian” Milo Yiannopoulos was to be CPAC 2017’s keynote speaker, The Reagan Battalion released a video that purports to show Milo speaking positively about romantic relationships between older men and younger boys.

This is a must watch!

“We get hung up on this sort of child abuse stuff to the point where we are heavily policing consensual adults,” he says.

“In the homosexual world, particularly, some of those relationships between younger boys and older men — the sort of ‘coming of age’ relationship — those relationships in which those older men help those young boys discover who they are and give them security and safety and provide them with love and a reliable, sort of rock, where they can’t speak to their parents,” Milo stated, voicing an extremely controversial opinion.

He also admits to being molested as a teen, joking that it helped his sexual experience. *Language warning*

“But you know what? I’m grateful for Father Michael. I wouldn’t give nearly such good head if it wasn’t for him.”

Here is a longer cut where Milo Yiannopoulos says that he "is advocating" for legal sex between 13 year olds! & older men. #CPAC2017 pic.twitter.com/1fiuv7TSKs

Matt Schlapp is the chairman of the American Conservative Union which hosts CPAC, had previously defended the decision to have Milo speak at the convention, claiming that he “has exposed their liberal thuggery and we think free speech includes hearing Milo’s important perspective.”

It seems like he was initially invited because of his staunch defense of the First Amendment on college campuses before these bombshell videos were released.

“Sad to see establishment types collapse into the same tactics as social justice warriors: name calling, deceptively edited videos, confected moral outrage and public shaming. This is why they deserve to burn — and why they are burning.”

Should he have his CPAC 2017 invitation rescinded in the wake of these videos?