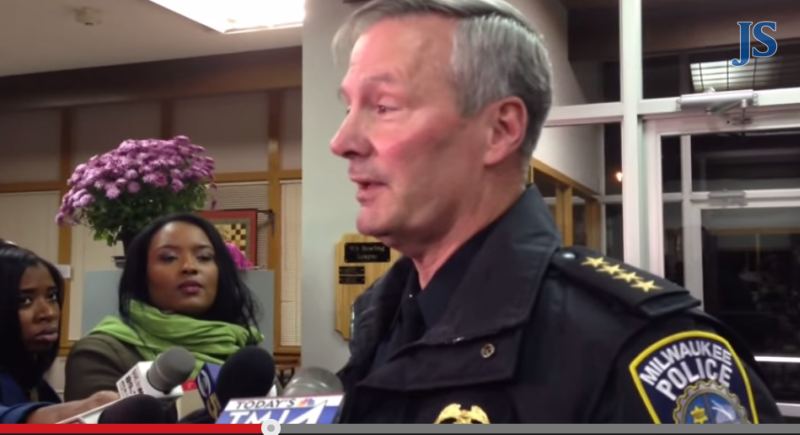 Milwaukee Police Chief Ed Flynn has inspired millions of Americans with a powerful, emotional rant, which the Ferguson protesters, Eric Holder and Barack Obama himself, needs to hear.

And Flynn has sparked a critical debate that the media and Black “leaders” refuse to allow to be discussed: the staggering rates of violent crime committed by Blacks, with Black victims who are forgotten by race-baiting activists because it doesn’t fit their radical agenda.

In this video, Flynn is clearly upset, after dealing with the white hot Hamilton controversy — but also because a 5-year old Black girl had just been shot to death in a drive-by shooting.

Watch this truly EPIC rant and then share with the links above and at the bottom of the post:

What did you think about that rant?