Minneapolis is in trouble. Five months after nine of the thirteen Minneapolis City Council members stood before a large crown on a stage with large letters in front of it spelling out “DEFUND POLICE,” the city experiencing a massive surge in violent crime combined with an officer shortage, forcing the Council to seek help from other jurisdictions.

The Star Tribune reports following George Floyd’s death and the subsequent protests and riots police department resources have been “strained.” They have had a “large number of officer departures” and some “have filed PTSD claims.”

“The city employed 844 officers on Oct. 1, down from 877 at the beginning of the year. The number of civilian employees also dropped from 176 to 143. Of the 987 people employed by the department on Oct. 1, nearly 100 were on a leave lasting more than two weeks. The bulk of them were officers.”

This should not come as a shock since the police department has been shamed and marginalized since the Floyd incident leaving the vast majority of good officers essentially thrown to the wolves. It is no wonder that officers are lining up to retire or relocate or are on extended leave after their vilification by the council.

At the same time, violent crime is up dramatically in the city. Minneapolis has recorded 74 homicides already this year, up from 48 total in 2019.

This should also not come as a shock. We have seen time and time again in liberal run cities where the mayor and city council do not support the police, telling them to stand down in riots a huge uptick in crime occurs.

In an effort to combat the problem a plan has been formulated to form Joint Enforcement Teams, or JETs, bringing in officers from the Hennepin County Sheriff’s Office and Metro Transit Police to work with the city temporarily to respond to violent 911 calls.

What is incredible is the Council has not backed down from their stance even while their city has become a war zone.

MPR News recently conducted a survey of the thirteen Minneapolis City Council Members, 11 of which responded.

Asked “Do you believe police are needed to respond to violent incidences?” all 11 said yes but at the same time when asked if their position on defunding the police had changed since June, 8 said no and 3 were noncommittal, saying neither yes or no.

The ‘defund police’ campaign has been and abysmal failure. It an open invitation for violent crime and officer disenfranchisement.

Minneapolis does not have the means to protect its citizens. It is a sad state of affairs and unfortunately for the people of Minneapolis they are stuck living a nightmare. 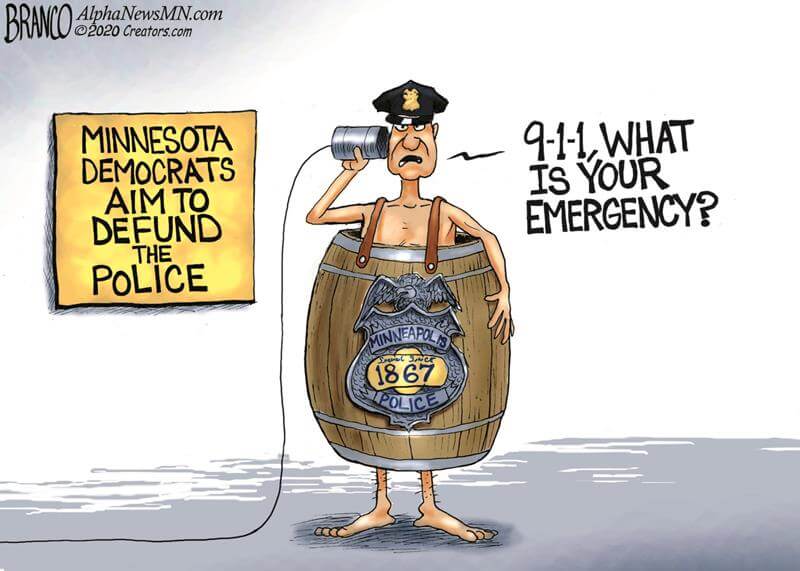 Elizabeth Allen
Elizabeth has been writing about politics and Christianity, and where the two intersect for almost 10 years.
Biden Issues Domestic Terrorism Advisory With No End Date; National Guard to Remain in DC Until Mar 31
What Biden Plans to Do Next on Immigration, Refugees, Separated Families, Regional Migration
WaPo Fact Checkers Say They Won't Count Biden False Claims 'Asume' He Will Be Like Obama
Trump-Supporting Newsmax Partnering with Conservative Political Group for New Sunday Cable Show
Chief Justice John Roberts Will Not Preside Over Trump Impeachment Trial: Here's Who Will
See more...