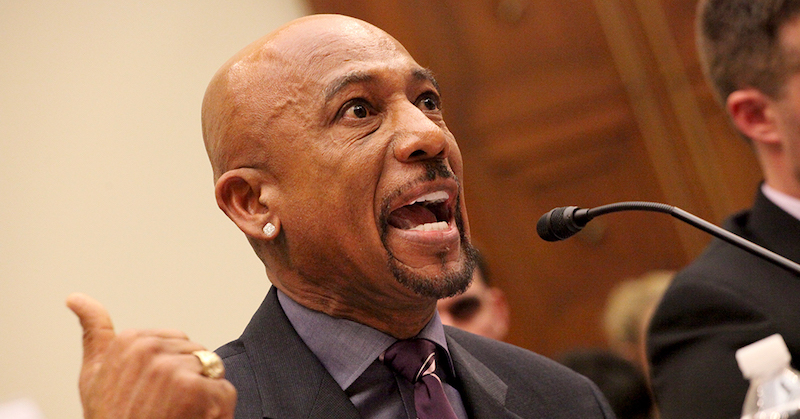 Montel Williams is calling for the National Guard to storm the militia members held up in a vacant wilderness building on “shoot to kill orders.”

The talk show host turned prescription drug pitchman–who amazingly has 160,000 Twitter followers–posted a message late Saturday night to his “fans” in response to someone who said the protesters are looking to get attention:

Then let's give them some – put this down using National Guard with shoot to kill orders. https://t.co/KSzUZzUor6

“Then let’s give them some – put this down using National Guard with shoot to kill orders,” he tweeted.

And that wasn’t his only incendiary tweet of the evening.

Totally fine with a massive use of deadly force in Oregon to take out Ammon Bundy. #OregonUnderAttack pic.twitter.com/A9F90qnBaW

Williams has a history of being a leftist provocateur taking to the airwaves and Twitter to rile up conservatives.

But advocating for National Guard troops to storm a formerly vacant and unused wildlife center and begin firing on protesters may go too far.

One of the protesters, Ammon Bundy, said they have no plans to be violent, but they will stand their ground if need be.

“We pose no threat to anybody,” said Bundy, when asked how he and demonstrators would respond to law enforcement officials attempting to them. “There’s no person that is physically harmed by what we’re doing.”