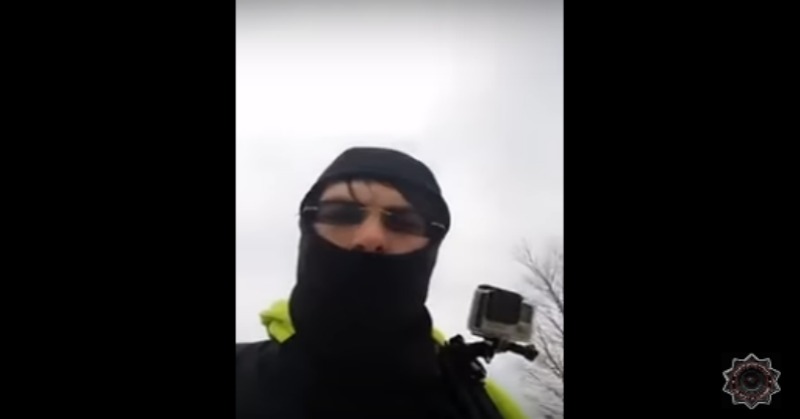 There are certain ways to support your position for the Second Amendment as well as both open and concealed carry.

These guys did it exactly wrong, and now they’re paying for it.

For those of you who may not remember, two men strapped themselves up with body armor and clearly visible firearms and walked into a Dearborn, MI police station. Their intent was to file a complaint, but instead were detained and almost shot when they refused to comply with orders from law enforcement.

They were originally awaiting arraignment on misdemeanor charges for their ridiculous stunt, but James Baker, 24, and Brandon Vreeland, 40, have now been upgraded to felony charges of carrying a concealed weapon, disturbing the peace, and assaulting, resisting, or obstructing a police officer, with Baker receiving an additional charge of brandishing a firearm.

Both men allegedly entered the Michigan police station on February 5th while livestreaming the entire debacle on YouTube. Click On Detroit reported on these “professional provocateurs” and their plan to become “public enemies”:

[Sgt] Carpenter said some 7,000 text messages have been investigated between Vreeland and Baker about their “protests” and taking advantage of “Trumpophobia” by wearing full Muslim robes and carrying AK-47s at demonstrations.

“There’s discussion of having a death wish, making funeral arrangements and embracing the idea of being known as the public enemy,” Carpenter said.

The defense attorney representing both of these men claims that a high bond would constitute a “political witch hunt” against two men who are “well-known activists.” It was eventually determined that Baker would face a $50,000 bond while Vreeland was saddled with a $20,000 bond. If the men manage to post bond, they are expected to turn over all of their weapons and wear GPS tracking devices. They are also not allowed to be in contact with each other.

They are expected back in court on March 10th.

Baker and Vreeland were not trying to make a point about “open carry” or any kind of carry; they were attempting to instigate a serious and potentially deadly confrontation with police in the name of martyrdom. Let’s not pretend they were trying to make some sort of deep political statement. They were pulling a stunt to get into the news.