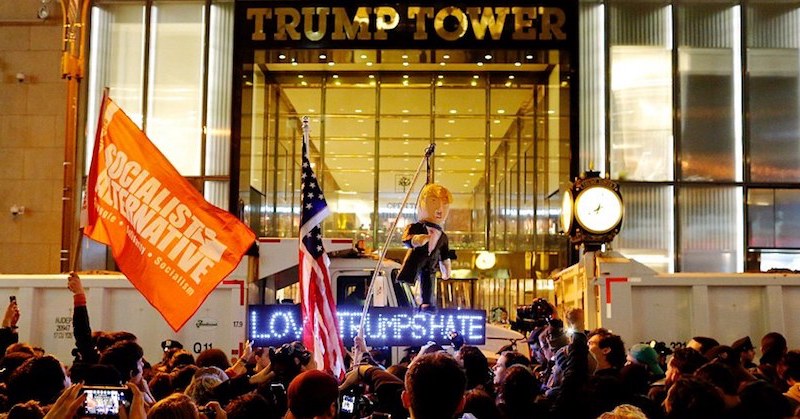 In the wake of Donald Trump’s presidential win, there has been a dramatic increase in hate crimes and “hate incidents,” the media is telling you.

The mainstream media wants you to think that these “hate incidents” are propagated by Trump supporters. “White supremacists,” the media will nudge-nudge you with… and “Islamophobes,” wink wink.

As it turns out, the group that’s tracking these hate crime and so-called “hate incidents” reports that the crimes being blamed on Trump supporters were concentrated in liberal states that voted for Hillary Clinton. 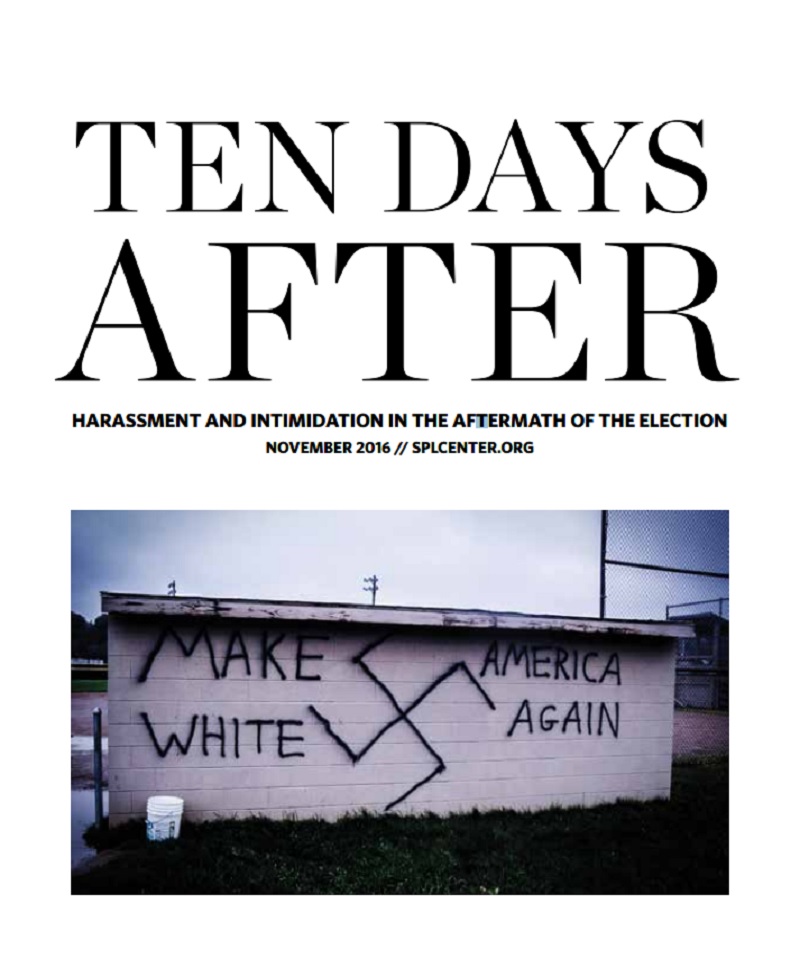 The terrifying cover of the SPLC’s report

The Southern Poverty Law Center’s “Ten Days After” report features a frightening image of a white brick wall, with a black swastika and “MAKE AMERICA WHITE AGAIN” spray-painted on it. “Harassment and Intimidation in the Aftermath of the Election,” it terrifyingly claims.

But a quick glance at the map identifying the 867 “post-election” hate incidents reveals something interesting. Liberal states sure had a whole lot of hate crime, as The Daily Caller reports.

For example, in Washington State – where only 37 percent of voters (or 1.2 million) supported Trump, there were 48 “hate incidents.”

However in Mississippi, which overwhelmingly voted Trump, there were only two “hate incidents reported.

Massachusetts, with about one million Trump voters, racked up 42 hate crimes, while Pennsylvania, with three times more Trump voters, had just 36 such offenses. It’s the same story in other places. Colorado almost tied Ohio in hate incidents, even though it had less than half as many Trump voters. 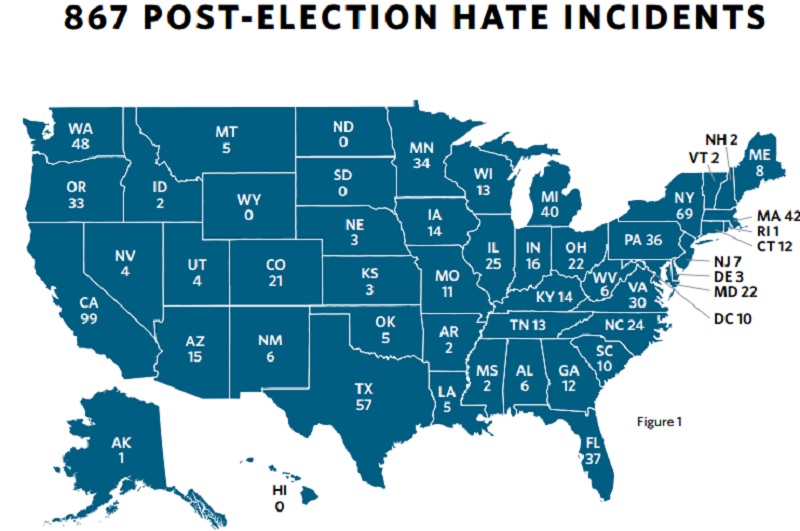 Overall, Trump won 30 states in the election and Hillary Clinton won 20. But 55 percent of all the hate crimes were in Clinton-supporting states.

Of course – some of this could be because in a more diverse state, like Colorado (21 hate incidents), you’ll have more opportunity to commit a crime against someone who is ethnically or racially different than in a more homogenous state like Oklahoma (5 incidents). There could be other causes too.

But is it possible, even likely that many of these hate crimes are, in fact, frauds. Hoaxes, committed by Leftists designed to make Trump supporters look bad? There sure are plenty of examples of so-called “Trump-Inspired hate crimes turning out to be absolutely false.

Idiotic crimes based on a person’s race or religion or anything else… no matter what you call it, is stupid. Blaming the right for this kind of violence and hate is even stupider.