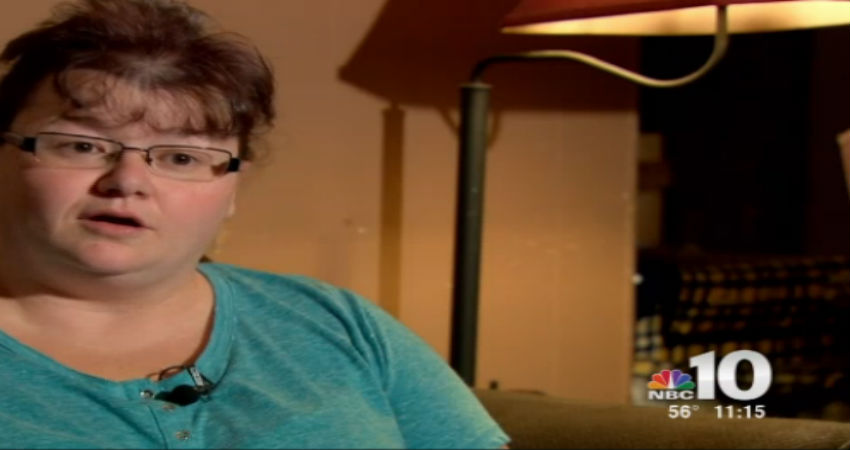 One of the major themes of the Communist Party Goals of 1963, a matter of congressional record, was that in order to bring down America, the communists needed to “Get control of the schools,” and to “Break down cultural standards or morality.”

If the commies who wrote those goals in 1963 are still around, they must be extremely happy with what’s going on in America’s public schools, the pollution of young Americans’ minds.

Take the case of New Jersey mother Amy Loper, whose eighth-grade son showed her a question he was given in language arts class at the Myron L. Powell Elementary School in the Cedarville section of Lawrence Township — a question that is outrageous in its utter inappropriateness.

“It’s as unbelievable now as the first 30 times I read it,” a stunned Loper told WCAU-TV

. “This is vulgarity at the utmost,” she explained about the question below:

Amazingly, Loper was told by the school superintentent that the question was part of the “core curriculum” (Common Core?) that went along with the book “The 7 Habits of Highly Effective Teens.”

Because nothing spells success for an eighth grader more than one-night stands with strangers, herpes, and blackouts caused by extreme amounts of alcohol. There’s nothing abnormal or immoral to a cultural Marxist for a 13-year-old child to participate in this kind of behavior.

One has to wonder if the next assignment will be about the drunken one-night stand resulting in an unwanted pregnancy and the girl being trotted down to the local Planned Butcherhood to take care of the matter.

“You had a really rotten day, but lucky for you your best friend is having an awesome party later. You go to the party and start drinking. You have a little too much to drink and start talking to this girl/guy you’ve never seen before. You head upstairs to get better acquainted despite several friends telling you that you don’t even know this person. You end up having sex with this person. The next day you really can’t remember everything that happened and rely on your best friend to fill you in. A week later you find out that you contracted herpes from your one night stand and that this is a disease you will have all your life and never know when an outbreak will occur.”

NBC10  reports that the book “The 7 Habits of Highly Effective Teens,” is marketed as a “handbook to self-esteem and success for teens.”

“I’m not beyond knowing that this kind of stuff happens,” Loper said. “But to just throw it out in language arts, as just nonchalant ‘oh underage drinking, unprotected sex, whatever. If you do it, what are you gonna do about it?’ That’s how it comes across.”

Watch the report below via NBC10: