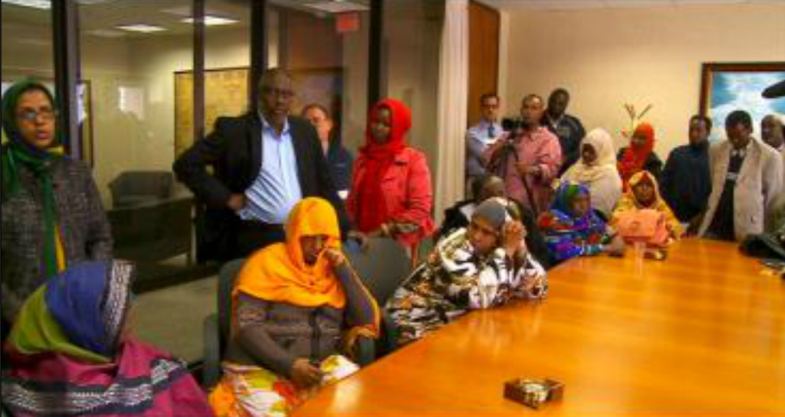 WOW, first these people come to OUR country, then they demand the free stuff they get comply with their culture. Sounds like a bunch of people who do not appreciate what they’re getting. Maybe they should be shown the door… 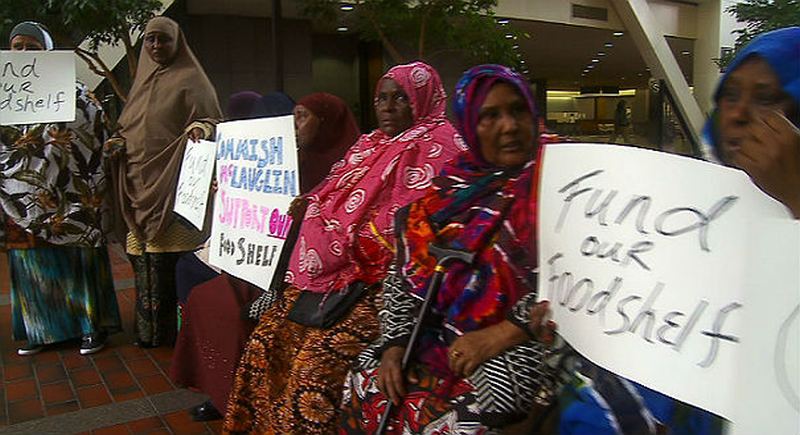 Food shelves can be a life line for people dealing with poverty and hunger.

But many in the Somali-American community say finding a food shelf that caters to their religious dietary restrictions is almost impossible.

“Some food shelves are trying to meet the need, but some of them already got canned beans that have already been mixed with pork — and there is a literacy issue here,” said community activist Fartun Weli.

A group of first-generation Somali Americans says they need help in developing a food shelf that specializes in healthy foods that do not contain pork or pork byproducts.

With signs in hand, they marched to the Hennepin County commissioners’ office to ask Peter McLaughlin for help. Most live in his district and feel he can help them help themselves.

Tens of thousands of Somalis settled in Minneapolis/St. Paul after Bill Clinton, George W. Bush and later Barack Obama imported them and funded massive “refugee” centers there. Welfare, schools, hospitals and social services have been crushed by the burden of immigrants who lack the most basic skills to live in a modern society.

This is hardly the first demands Somalis have made on the good people of Minneapolis. When the influx of Somali thugs natually resulted is a massive increase in crime a decade ago, Somalis demanded a $48 million Sharia-compliant “youth center” to keep Somali gangs “out of trouble”.

kicked out blind passengers with guide dogs (dogs are “unclean” in Islam), or customers transporting

alcohol. They came here, taking advantage of American generosity, and returned it by enforcing their own brand of Sharia Law upon us.

Liberals in Minnesota have bent over backwards for them, setting up foot-washing basins in their airport and even at a university, in response to their demands.

But as with most appeasement, these refugees keep making more demands. Now it is for “halal” products (meat slaughtered with Islamic prayers and a ban on pork).

If you don’t like what you’re getting courtesy of the U.S. taxpayer either figure out how to legally get what you want through hard work or GO HOME. Do you agree?