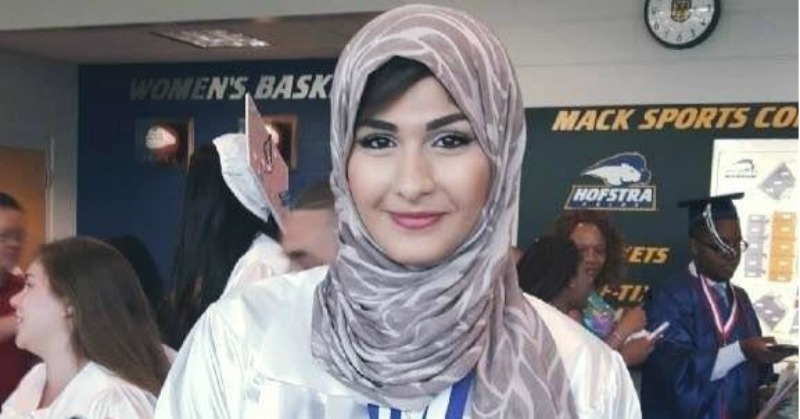 Here we go — another day, another false accusation against President-elect Donald Trump’s supporters is debunked. This time, a Muslim woman who filed a false report has to pay the piper for her crime.

Yasmin Seweid, an 18-year-old Brooklyn native, claimed to the police as well as The New York Daily News that on Dec. 1, three drunk white men tried to take off her hijab and shouted Trump’s name as they did so.

Seweid posted her farce on Facebook at the time — her account has since been deleted. “Look, it’s a fucking terrorist,” she claimed the men said to her. “Get the hell out of the country!”

“Trump America is real and I witnessed it first hand last night! What a traumatizing night,” she added.

Police had said they were investigating the incident, and on Wednesday a NYPD spokesperson told BuzzFeed News that Seweid had been arrested for obstructing government administration and reporting a false incident.

Sources told DNA Info New York that officers had spent “significant NYPD resources” trying to verify Seweid’s story but could not locate witnesses or video of the incident.

The woman reportedly recanted her story on Tuesday, DNA Info reported, allegedly saying she made up the story because of family problems.

The woman’s father told DNA Info she was “young and maybe she was foolish here.”

Hateful behavior towards Muslims and other minorities has received increased attention since Trump’s win, with the Southern Poverty Law Center recording more than 800 reports of hate incidents in the 10 days following the election.

Yeah, the Southern Poverty Law Center isn’t known for race-baiting at all… It’s true though; there has been increased attention to these cases — what BuzzFeed left out is that many of them end up being either outright debunked, or with very little evidence behind them.

This is yet another case of the hysteria evidenced by the Left. The liberal mainstream media pushes fake news and you have plenty of unhinged Leftists that have no issue making up stories in order to fit their victim narrative.

Leftists who have gotten comfortable playing the victim — and in many cases profited off of it — are afraid of Trump because his candidacy showed that millions of Americans are fed up with political correctness. He served as the messenger for millions of Americans who told whiny, social justice warrior Leftists that we’ve had it.

Since the Left’s ideology is a mess, the only things they have to push their agenda are political correctness along with the culture of victimization, and they have no qualms about sinking so low as to make stories up to perpetuate it.