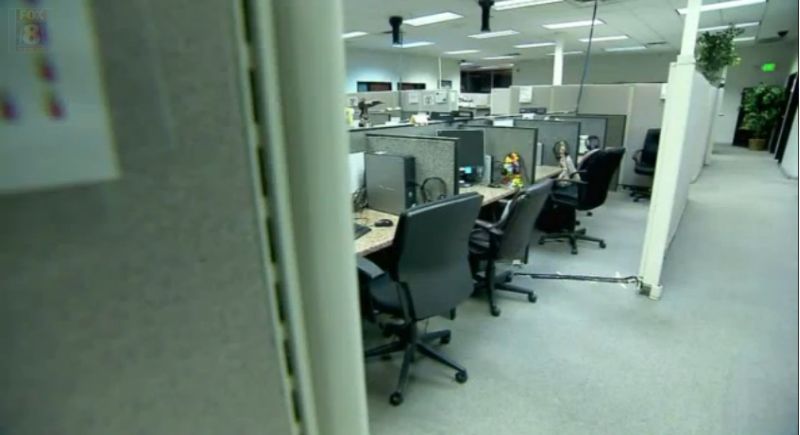 We all check to see if we recognize the number of the incoming call to avoid the dreaded telemarketer. The nuisance call that we hate to answer but occasionally make the mistake of picking up with deep regret leading to poor behavior. Sometimes we just hang up and sometimes we are impatient, even rude.

This, however, is a story about a woman who is extremely grateful for the usually annoying call that she accidentally answered that saved her life.

The call came from Americare Health and Nutrition in Las Vegas, hundreds of miles away from the woman’s location. And what the employee heard on the other end of the line triggered some immediate alarms, KLAS TV reports. She immediately called over her supervisor.

“She said, ‘Tina, you need to hear this. I don’t think this is a joke. Something’s happening. I think this lady is getting hit,’” [Supervisor Tina] Garcia said. “The young lady on the other end of the phone never said hello. There was just a horrible whimper.”

As the noises got progressively worse, Garcia’s boss stepped in. He tried reaching out to the woman, not realizing she had accidentally answered her phone, which was in her back pocket.

“We were not going to hang up the phone. As far as I was concerned, and as far as the people in that room were concerned, we were the only lifeline she had,” said Garcia.

Knowing where the woman was, an employee called her local police station, which sent officers to the woman’s house. When police got to her home, they heard cries for help and saw 33-year-old Walter Ruck holding her from behind. The woman said he had a gun and had threatened to kill her.

They stayed on the line until the police arrived. Ruck was arrested on assault, menacing, and strangulation charges.

It is hard for us to remember that most of the time there are actual human beings on the other end of the telemarketing call. Thankfully for this woman, the telemarketing supervisor showed compassion, used her head and saved a life. Maybe we should all be a little nicer the next time we get that dreaded call.