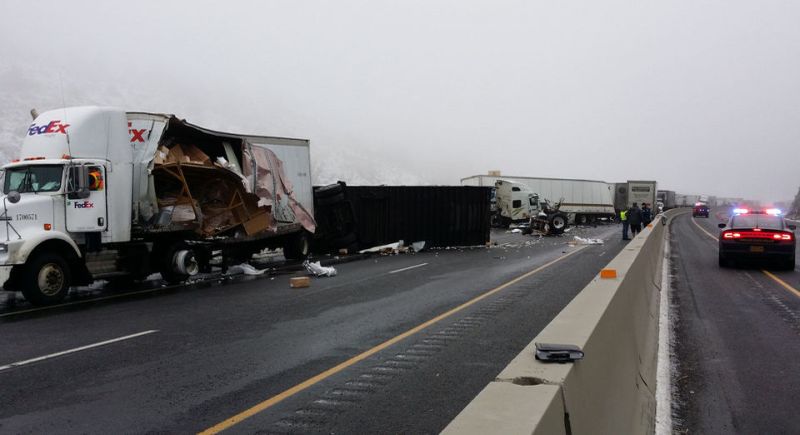 On this very foggy, icy Saturday morning on Oregan Interstate 84, Kaleb Whitby, a 27-year-old father, literally snatched life from the jaws of death.

He left his pregnant wife and their 2-year-old son back at home and headed out to his destination and ended up in a nightmare. As reported by The Oregonian:

Headed up a slight hill into a curve, Whitby decided to pass the semi-truck in front of him, but then thought better of it. The fog was too thick. He backed off.

When he rounded the curve and started descending, Whitby saw the semi again — but this time it was jackknifed across the interstate. He swerved to the right, but ended up hitting the back end of the trailer. It flipped him around, and instantly his truck stalled — leaving him splayed out with his passenger side facing oncoming traffic.

Then the headlights of an oncoming semi-truck filled the window frame.

“I just braced and hoped that everything would be all right,” Whitby said.

He prayed, and wondered if it was his time. Ten seconds went by.

The truck bore down on him. 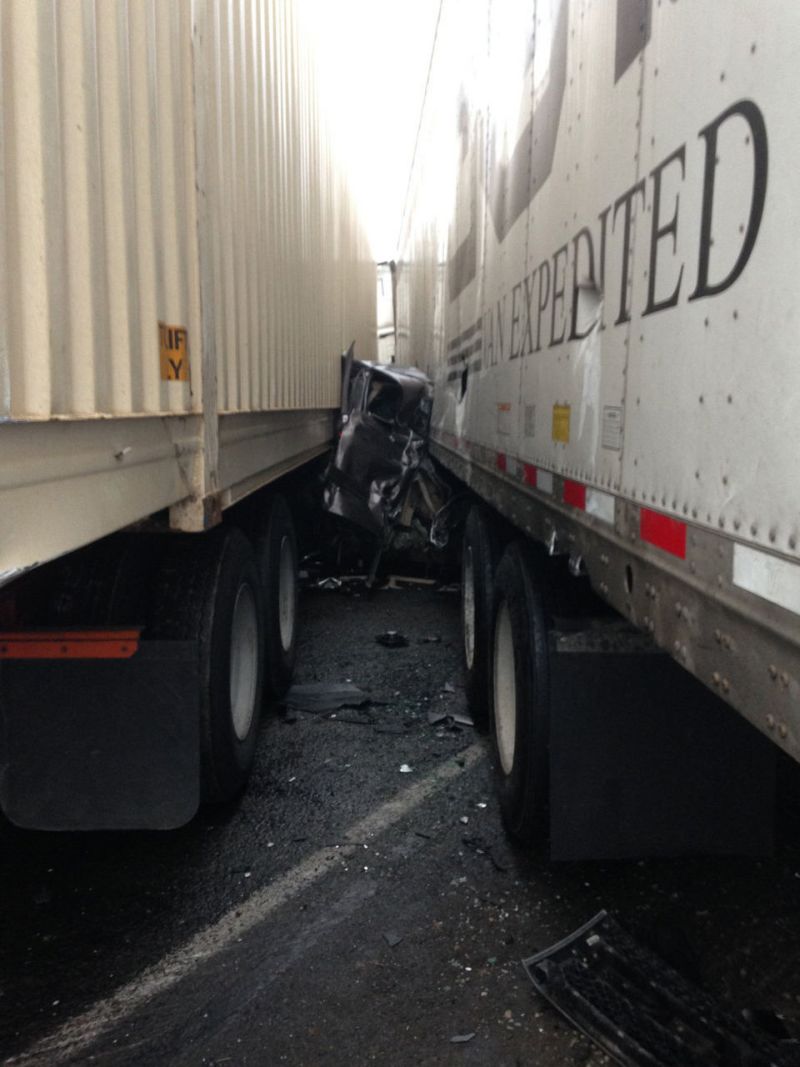 He gripped the steering wheel tightly as the second semi smashed through his pickup, crushing it like a soda can.

“It was just metal crunching and glass. It was just all fast and loud.”

The crash left only two things intact: The marred shell surrounding Whitby’s seat, and Whitby, who was pinned between the two trucks.

“I got scared of the possibility it could have been the end,” the 27-year-old father said.

But he was alive. And alert. And nearly scratch-free. 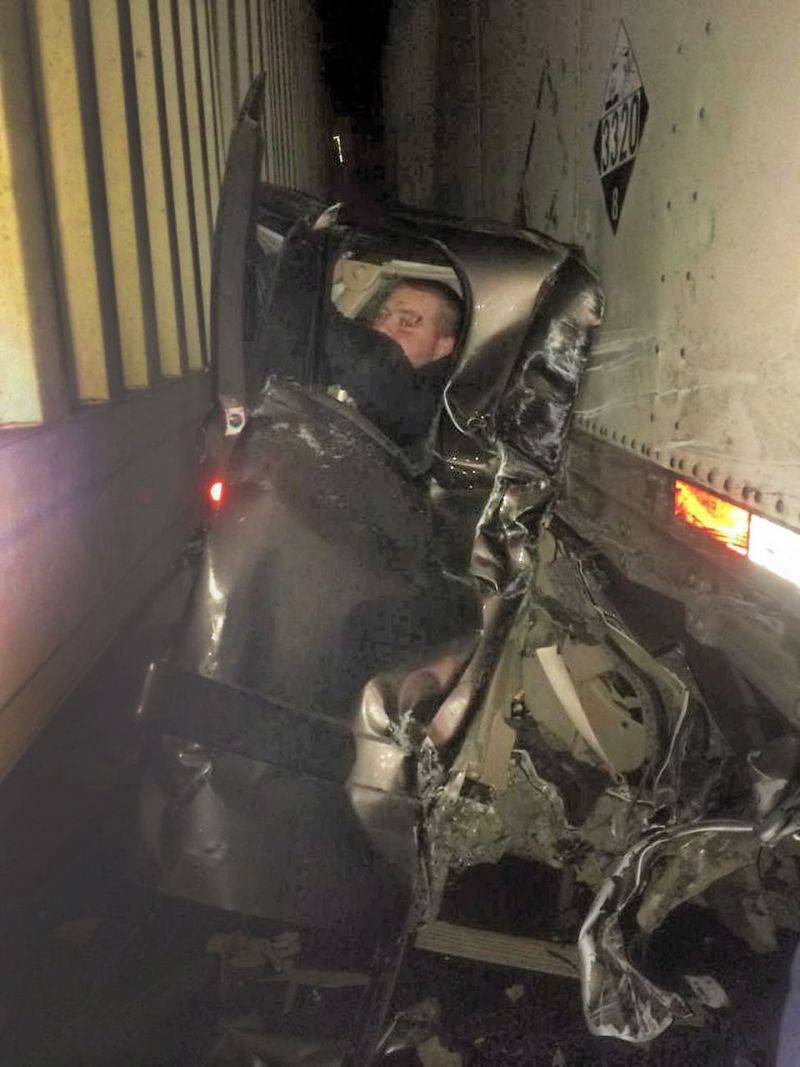 Using his pocketknife to cut away the seat belt and dislodge the steering column from his side, Whitby was able to wiggle out of his predicament but not before getting his picture taken.

Afterward, Whitby went to the hospital for a checkup. “I’ve got two Band-Aids on my right ring finger,” he said. “And a little bit of ice on my left eye,” he told The Oregonian.

“This is the biggest crash I have seen in a while,” Oregon State Police Sgt. Kyle Hove told CNN. “It was extremely slick out there. One semi that spun around on the black ice started the chain reaction.”

There were more than 100 people involved the pileup about 33 miles east of Baker City. There were at least three separate collisions that involved more than 20 vehicles, mostly semi-trucks. There were a dozen injuries and no fatalities. Who says miracles don’t happen!