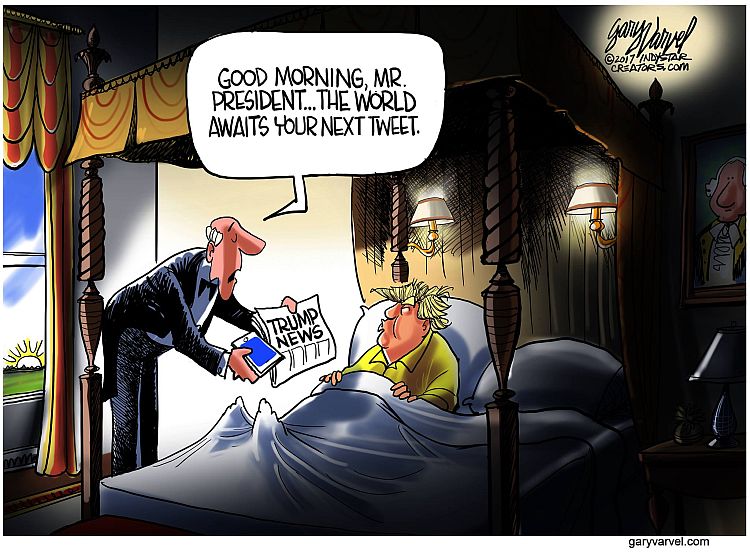 The President will have to keep this in mind when tweeting. Brian Thomas reports that according to a White House source, big changes are coming for Trump’s Twitter account, namely that his tweets will be subject to review by a team of lawyers.

President Trump is well known for making controversial Tweets that gain much media attention. Now, Trump’s Tweets may be reviewed by White House legal teams before posting in order to limit “embarrassing news stories and scandals.”

A Trump administration aide told reporters a group of lawyers will “vet” the president’s tweets to limit the number of controversial messages posted. The policy change reportedly came after the White House’s communications and legal offices told Trump a careful review of his Twitter messages is an important step toward limiting future embarrassing news stories and scandals.

The White House source told The Wall Street Journal administration staffers wanted to create a system to limit Trump’s Twitter autonomy so that his tweets “don’t go from the president’s mind out to the universe.”

With over 30.7 million followers on Twitter, President Trump’s tweets are among the most viewed and the most talked about.

Trump has continued to post directly to his Twitter in spite of warnings from aides that his Tweets may be harming his popularity.

In late April or early May, White House aides held a Twitter “intervention” to express to Trump the damage some of his unchecked social-media messages have caused.

Have President Trump’s Tweets been so damaging that he needs someone to tell him what not to say?

Tell us what you think and leave your comment below.