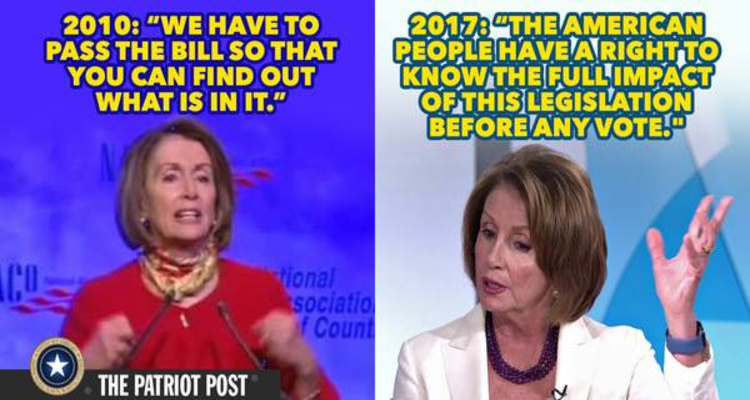 The Senate Minority Leader was trying to get Americans to send the White House stories about how absolutely awesome Obamacare was and how awful Republicans are for trying to replace it.

She was encouraging them to send their positive stories to the White House.

.@POTUS wants to know about your experiences with #ACA. Share your stories about why we must #ProtectOurCare: https://t.co/X1qFIXT1RR

Of course, Twitter had different plans for Nancy Pelosi.

Rather than send their positive, uplifting stories about Obamacare to the White House, they decided to do a bit of complaining to Pelosi herself.

#ProtectOurCare My costs have sky rocketed under Obamacare. Out of pocket almost twice what paid pre-Ocare. #FullRepeal

health care insurance for dad & two younger siblings is $800 per month. this is NOT affordable for a middle class fam.

cost went through the roof.

#ProtectOurCare My costs have sky rocketed under Obamacare. Out of pocket almost twice what paid pre-Ocare. #FullRepeal

#ObamaCare is not working.

Please get rid of #ACA! It is financially devastating to us in the middle class! We need to care for our families!

The GOP proposal would shave $337 billion off of the federal deficit in ten years. About 14 million more Americans would go without health insurance, but they wouldn’t “lose” it, like most media are reporting. Rather, they would decide voluntarily not to purchase insurance.