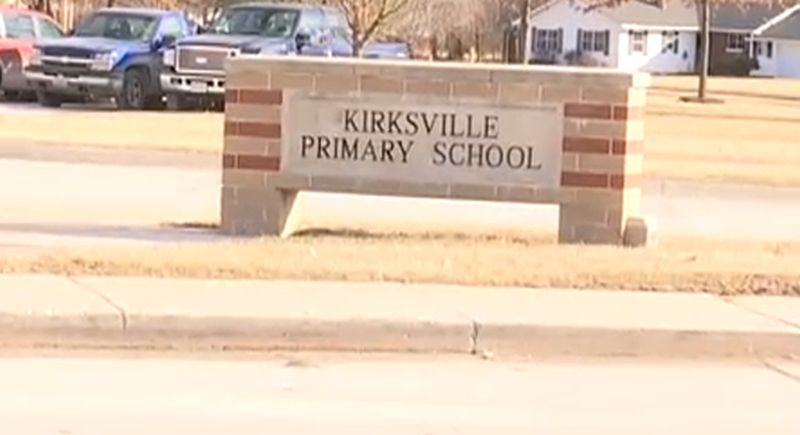 A Missouri school teacher took it upon herself to send a note to a student’s parents to let them know their child did not have a proper lunch.

The letter was sent home on Tuesday afternoon to Dr. Justin Puckett and his wife. Dr. Puckett posted the letter on his Facebook page. The letter was written by his daughter’s substitute teacher at Kirksville Primary School. The letter informed the Puckett’s that their daughter’s lunch was not “proper”.

The letter reads: ‘Dr. and Mrs. Puckett, The cafeteria reported to me that (student’s name) today included four chocolate bars, a bag of marshmallows, Ritz crackers and a pickle. Please see that she packs a proper lunch tomorrow.’ It even had a line drawn with a request for parent signature. The Puckett’s declined to sign. 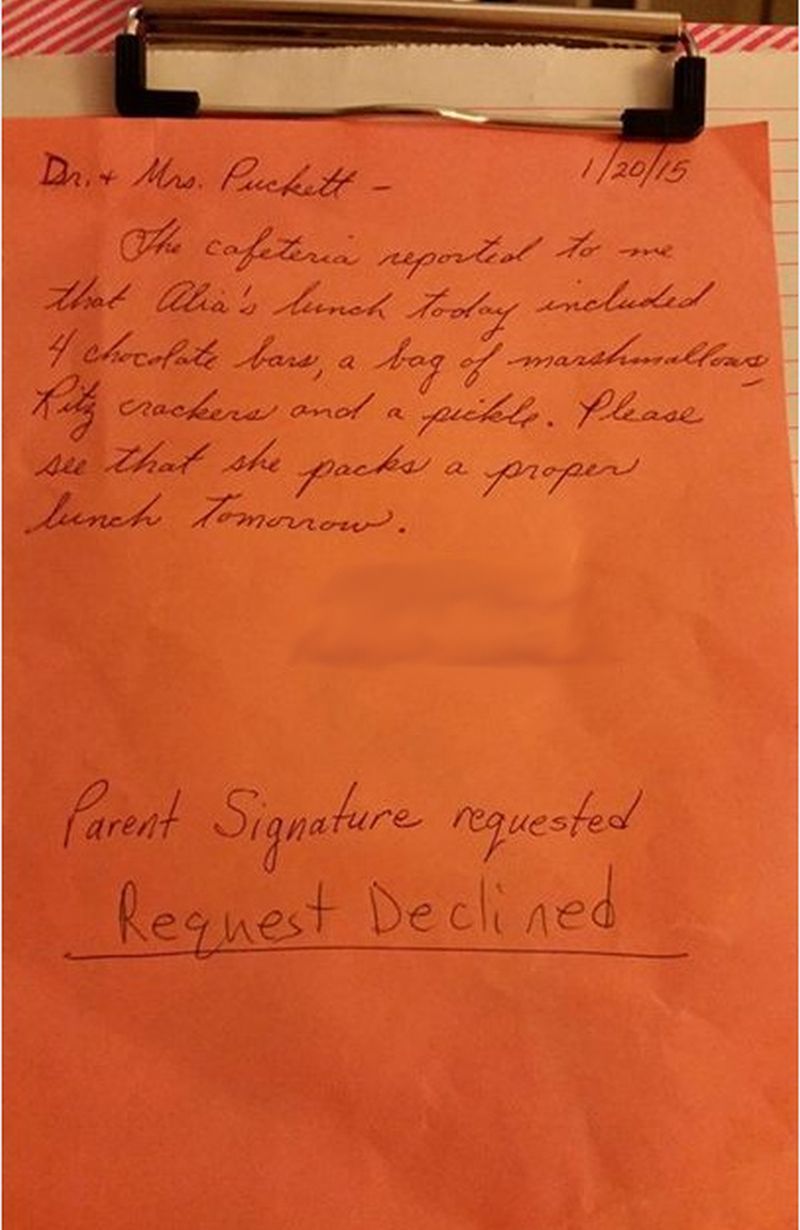 On the surface the contents sound pretty bad but the letter distorts the volume of sweets and omitted items in the lunch.KTVO

“Unfortunately, the letter didn’t have what she had, correctly. She had four pieces of ham, a whole protein meat, she also had some pickles, which we admittedly cheat on pickles every once and awhile as a vegetable, because some fights just aren’t worth having. She also had four marshmallows in a Ziploc bag and then she had three very small pieces of chocolate, of which she ate one for lunch and then she also gave her brother and another friend one at an after school program,” Puckett said.

Dr. Puckett said he was mainly frustrated about the incident because he felt his parenting skills were being questioned.

“The issue isn’t what happened at the Primary School and with my daughter because she is very independent and going to be completely unaffected by this. But what does bother me is that it just seems that we are constantly being inundated with the inability to be parents of our children,” Puckett added.

Puckett goes on to say being a good parent and role model for his four children is his top priority, and wouldn’t pack a lunch that was not suitable.

“I’m responsible for them and for the choices that they make and do whether it’s at school or not. I have the ultimate responsibility to raise my children and I take that role very, very seriously and so maybe I took it bit more personally that there was some offense that maybe I wasn’t doing a good job in that duty, something that is my number one job,” Puckett said.

Puckett said he believes that the substitute teacher was doing what she thought was best to make sure all students are protected and safe while at school. He adds that Primary School Principal Ms. Tricia Reger called Wednesday afternoon to apologize for the incident.

“She was apologetic for the letter and assured me that they understood that our daughter was being fed appropriately and that there was a little bit of an overreach with the way that was handled,” Puckett added.

Kirksville Schools Superintendent Dr. Damon Kizzire also released a statement to KTVO saying, ‘We have as educators been directed to provide healthy and nutritious foods for so long that we had an individual take it upon themselves to send a note home to parents. This will not happen again and I am sorry for any inconvenience.’

Another example of incredible overreach from the nanny state of our public schools and government. There is nothing wrong with promoting healthy habits but it is not up to the school or our government what a child eats for lunch. In this mindset, there is no freedom for parents to give treats in their lunch, nor does it account for the hard mornings where it is all a parent can do to get food in a bag and get everyone out the door. Ridiculous!