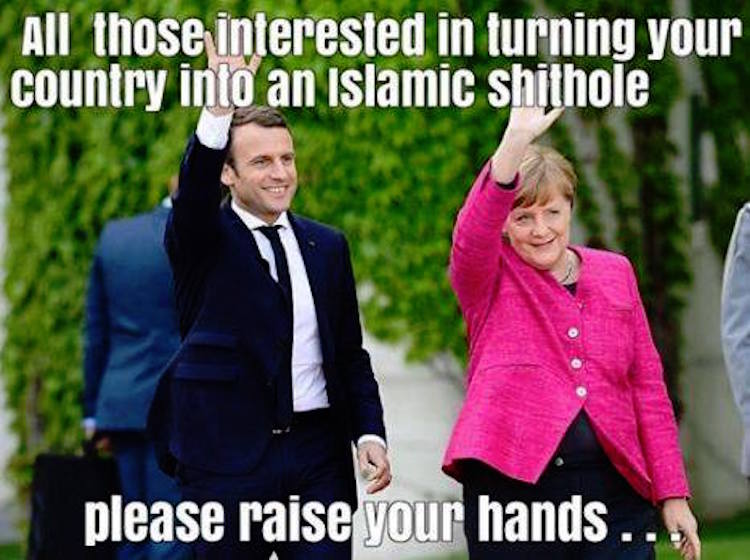 From Regan Pifer: Imagine the United States government confiscating private residences to provide housing for those of their choosing.

That is exactly what Germany is doing–in an attempt or provide more housing for migrants.

This horrifying trend started in Hamburg, Germany. At first, the government confiscated commercial buildings to convert these units for residential housing.

However, according to Zero Hedge, the German government is now forcing owners to renovate residential units to help end the housing crisis:

In an unprecedented move, Hamburg authorities recently confiscated six residential units in the Hamm district near the city center. The units, which are owned by a private landlord, are in need of repair and have been vacant since 2012. A trustee appointed by the city is now renovating the properties and will rent them — against the will of the owner — to tenants chosen by the city. District spokeswoman Sorina Weiland said that all renovation costs will be billed to the owner of the properties.

Is this legal? How can the German government do this?

Hamburg’s 1982 Housing Protection Act (updated in 2013) enabled “the city to seize any residential property unit that has been vacant for more than four months.”

So much for private property in Hamburg.

Owners cannot control what happens to their property under this forced lease.

This act “is said to be aimed at pressuring the owners of other vacant residencies in the city to make them available for rent.” Estimates suggest this targets about 1% of the rental units in Hamburg.

Migrants are making the problem worse.

In 2015, “the Hamburg parliament approved a new law that allows the city to seize vacant commercial real estate (office buildings and land) and use it to house migrants.”

The city justified this measure because “more than 400 new migrants were arriving in Hamburg each day and all the existing refugee shelters were full. They said that because the owners of vacant real estate refused to make their property available to the city on a voluntary basis, the city should be given the right to take it by force.”

Yikes. Care for your property the way the state wants… or else they can take it from you.