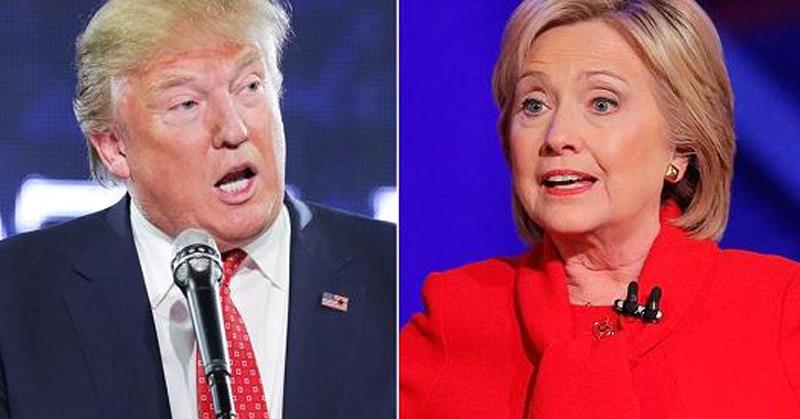 There are a lot of polls. Literally hundreds of them.

But the most accurate poll, at least in the last few election cycles, has been the poll released by Investor’s Business Daily and TIPP.

The poll ranked first – or most accurate – of the last three elections, predicting the 2012 election within 0.9 percent.

So the poll carries a lot of weight. 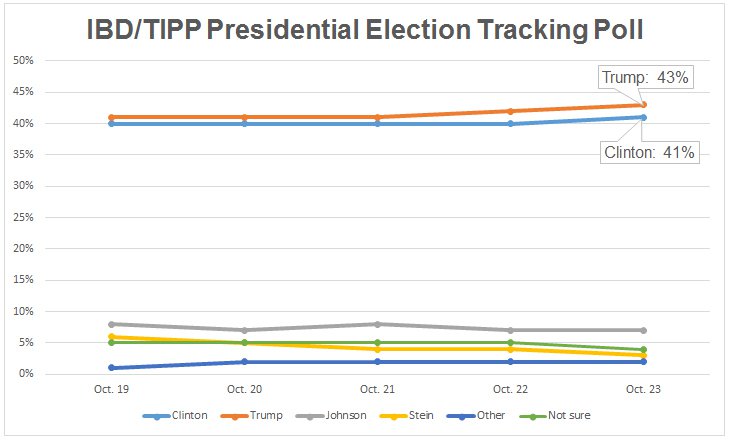 Just released hours ago, the poll shows Donald Trump up two points nationwide, by 43 to 41 percent for Hillary Clinton.

This poll – like the rest of the ones that IBD perform, are complete polls. They ask about the third party candidates, including “others” and “not sure.”

In that matchup, Donald Trump has 42.6 percent of the vote, Hillary Clinton has 40.8, Libertarian Gary Johnson has 7.2 percent, Green Party candidate Jill Stein has 3.3 percent, “other” has 1.9 percent and there are still 4.2 percent who are undecided.

Interestingly, Trump’s advantage with people who describe themselves as “lower class” is huge. 68 percent support Trump. Among self-described middle-class voters, the support is split at 41 percent each.

Religious people tend to support Trump, while people who proclaim no religion support Clinton by almost a 2-1 margin.

The poll has a margin of error of 3.6 percentage points.