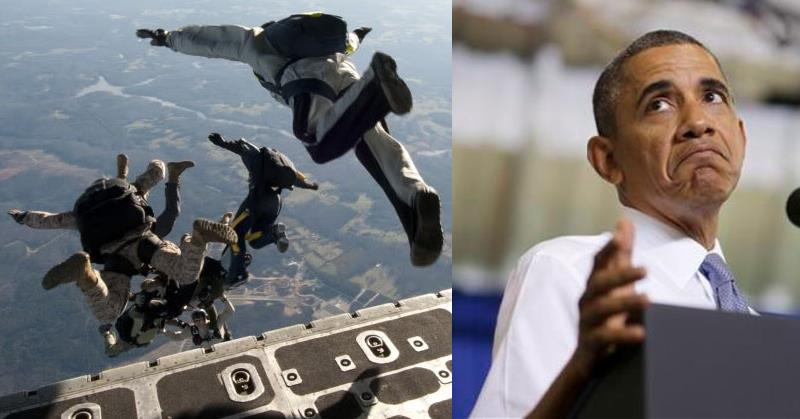 The first mission was aborted when the American rescue force could not obtain White House approval for the mission amid concerns about the intelligence, according to three defense officials. They were in the air heading to the target area at the time and had to return to their base in Afghanistan.

When approval was granted by President Obama the next day, the American assault force headed back to the area where they believed the two hostages were being held and engaged an enemy force at a compound believed to contain the hostages.

By then, however, the hostages, American citizen Kevin King and Australian citizen Timothy Weeks, had already been moved.

“We had the hostages within reach,” an unnamed source speaking with Ami Newswire claimed. “The first time we went in, we had to stand down. The second time, the hostages were gone. Our special operations team went all that way for nothing.”

According to Fox News, the two men were professors at the American University of Afghanistan. Their kidnapping reportedly occurred on Aug. 7, while they were driving in Kabul.

As for their present whereabouts, U.S. intelligence officials unfortunately are, sadly, not in the know. They could be dead, for all we know.

Regardless, why did Obama fail to approve the first mission?

Breitbart reported that he was busy playing golf at Martha’s Vineyard at the time. The evidence certainly suggests as much. The first mission reportedly took place on Aug. 10, and it was on that day that Obama played golf from 10:30 am to 3:19 pm.

A WEAK SISSY IS OUR PRESIDENT READY FOR HIM TO LEAVE WH‼️SEALS Forced to Abort Hostage Rescue While Obama Vacationed https://t.co/nq3h3yBvmZ

“The mission needed only one more thing: the final go-ahead from the president, authorizing the rescuers to execute,” another source remarked to Ami Newswire. “In one ready room, the radio crackled to life.”

He added, “Instead of delivering the expected verbal green light, though, the voice on the radio gave other news: ‘The president can’t make time on his schedule to give the go-ahead.'”

Yes, because apparently, golfing like Tiger Woods matters more to our putative commander in chief than does saving innocent lives.