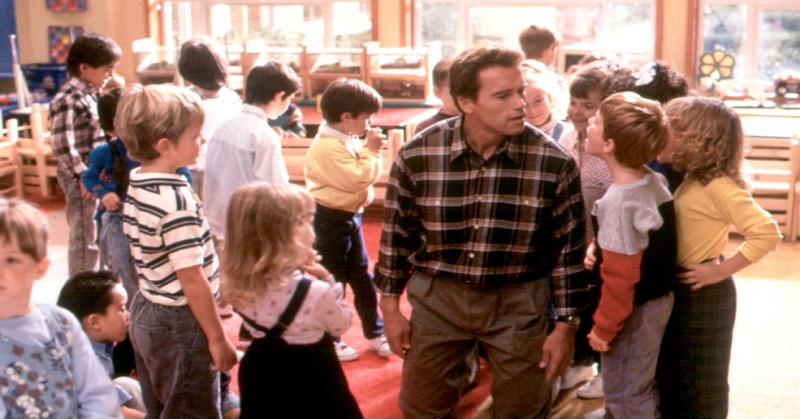 To really destroy America you must destroy its children.

This is why perverting our culture is the ultimate aim of the left.

If an individual wants to dress in drag, or mutilate their body to try to portray themselves as opposite sex, or pursue any sort of alternative lifestyle, we live in a free society and that is their prerogative.

But leftists and LGBTPDQXYZ nazis are using political correctness to sexualize children, eliminate biology and shove secular progressivism down our throats.

Public schools across the nation are implementing “gender-fluidity” as the core idea of the K-12 curriculum.

We are increasingly hearing stories about children, as young as two years old, identifying as transgender.

Charlotte-Mecklenburg Schools, a school district in Charlotte, N.C., are now requiring students  to color a “gender unicorn”  to express  their “gender identity.” 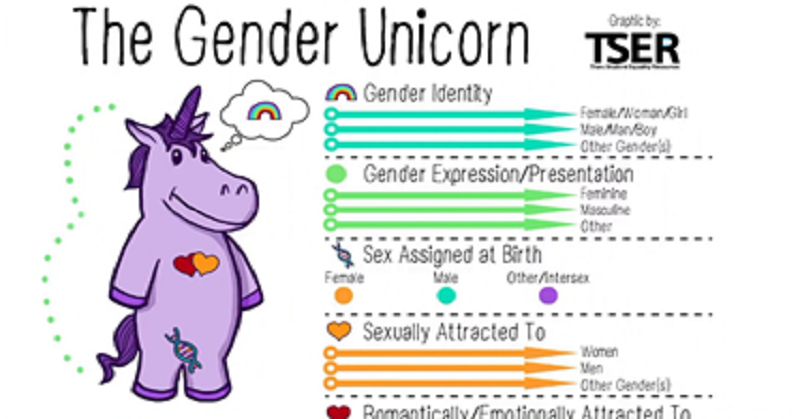 “Gender Unicorns” that kids can color in to express their “gender identity” are now being distributed in schools across the country.

A transgender advocacy group is providing schools with the cartoon of a purple unicorn who appears to be thinking about the LGBT rainbow, causing outrage from parents. One district in North Carolina was met with protests after it used the “Gender Unicorn” in its faculty training.

The group, Trans Student Educational Resources, says the Gender Unicorn is an upgrade from the “Genderbread Person,” another cartoon graphic about gender identity targeting children.

The organization offers definitions for “gender identity,” “gender expression/presentation,” “sex assigned at birth,” “sexually attracted to,” and “romantically attracted to” on its informational page on the Gender Unicorn.

Gender identity is defined as “one’s internal sense of being male, female, neither of these, both, or another gender(s).”

“Everyone has a gender identity, including you,” the group says. “For transgender people, their sex assigned at birth and their own internal sense of gender identity are not the same. Female, woman, and girl and male, man, and boy are also NOT necessarily linked to each other but are just six common gender identities.”

The group also argues against using the term “sex,” or biological status, because it is transphobic.

In a Facebook message posted Friday, Rev. Franklin Graham denounced the school district character. He compared the  effort “to try to brainwash our children” to how Communists indoctrinated the people of Eastern Europe and Russia.

Here’s an idea, teach math, English, history, and science, and let the kids figure out who’s who on the playground. Teach them how to get a job, not spend more than they make, not be a burden on taxpayers. Let them figure out their own sexuality on their own time.

Public schools in America now exist to to warehouse kids while parents work, inculcate them  with leftist worldviews and to prepare them to take their places as servants of the global economy without question.

Children don’t “choose” their gender. They mostly believe what you tell them they should believe. Reality is whatever you construct for them.

Kids can’t be trusted to refrain from eating play- dough, or your pocket change, or random objects of the floor.  The notion that secular progressives think they should be able to exercise radical control over their “gender identity” is sheer insanity.

Once upon a time America was wholesome. If anyone had predicted back then that we would be in such a culturally-confused mess that government would pass laws dictating the use of pronouns like “him” and “her” and make it legal for male perverts to go into the girls showers and restrooms, they would have been laughed at.

But after two terms of a radical left-wing POTUS, here we are.

It is imperative that the GOP win the presidential election this November. American culture is morally deteriorating.  Four more years of Democrat leadership and fragile snowflakes will demand the constitution be printed on toilet paper for distribution in safe space restrooms.