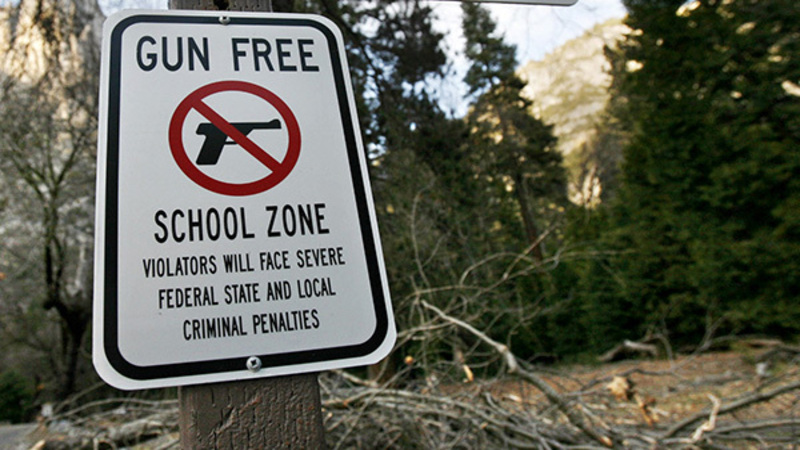 Gun-grabbing liberals have been constantly pushing to strip citizens of their right to bear arms and add more gun-free zones.

However, it turns out every mass shooting that has occurred in the U.S. since the 1950s except two happened in a gun-free zone.

A professor from Purdue researched mass shootings from the 1950s on and discovered that only two of them occurred where guns are legal to be carried. This really blows apart liberal arguments that more guns means more mass shootings. Between 2004 and 2012, gun ownership increased by 61%. But since 2008, violent crimes decreased by 12.9%. Eric Dietz, Ph.D., the former director of Homeland Security for the state of Indiana and a 22-year Army veteran, and now a professor at Purdue University, set out to find out how armed citizens could prevent deaths.

In order to examine the results, he chose to study the most common gun free zone in America, and also the place most mass shootings take place, (Outside of Chicago) public schools. Dietz outlined 4 scenarios and using statistical math, developed a model whereby he could estimate the results. He noted that since schools are gun free, they have to rely on the police, who on average take 10 – 12 minutes to respond to a live shooting. Given the fact that a mass shooter can kill a person every twenty seconds, the delay can costs a lot of lives.

Here are the four scenarios Dietz used in his study:

In study number one, it was determined that the most crucial aspect is time. The more time a shooter has, the more people he can kill.

Moving on to the second scenario, that includes an armed resource officer, casualties dropped by a whopping 66.5% and response time was cut by 59.5%.

Gun-free zones are the safest places for killers to kill. It makes the school a game preserve where criminals can hunt freely.

Nobody is forced to carry a gun, as I’m sure guns are not best for everyone. However, we are protected by the Second Amendment in our Constitution that gives us the choice to carry. Gun-free zones wrongfully strip that choice away from us.

If everyone carried a gun during the time of the Umpqua Community College shooting, they would have had a much better chance of standing up against the gunman and coming out with their lives instead of being sitting ducks and watching others be senselessly killed.

Some were armed because guns were technically permitted by the state to carry; however, they did not intervene because they feared that if they used their weapons, they would become a target for police — as law enforcement would not know who the real murderer is.

However, if I had a gun, none of that would matter. I would stand up for the people around me and not just let them die because of a selfish fear I have. Easy to say, harder to do? Maybe. But if everyone was armed, there would be a better chance of someone doing the righteous, selfless thing and saving those whose lives deserved to be spared.