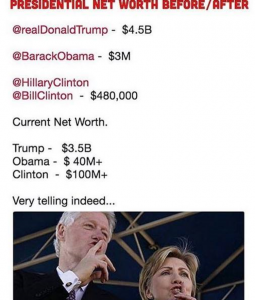 Brian Thomas reports that despite the mainstream media’s best efforts to dismiss and ignore the Uranium One bribery scheme, newly released memos show that the Obama Administration worked hard to deceive Americans into thinking the sale wouldn’t result in uranium exports.

The Uranium One deal landed the Clinton Foundation roughly $145 million, but former President Obama approved of the obvious bribe.

According to Zero Hedge, the deal left a Russian government-owned corporation with 20% of America’s uranium reserves.

“No uranium produced at either facility may be exported,” the NRC declared in a November 2010 press release that announced that ARMZ, a subsidiary of the Russian state-owned Rosatom, had been approved to take ownership of the Uranium One mining firm and its American assets.

A year later, the nuclear regulator repeated the assurance in a letter to Sen. John Barrasso, a Wyoming Republican in whose state Uranium One operated mines.

The NRC never issued an export license to the Russian firm, a fact so engrained in the narrative of the Uranium One controversy that it showed up in The Washington Post’s official fact-checker site this week. “We have noted repeatedly that extracted uranium could not be exported by Russia without a license, which Rosatom does not have,” the Post reported on Monday, linking to the 2011 Barrasso letter.

The 2011 Barrasso letter makes it clear that Rosatom didn’t have an export license and explained why such a liscense is of value to the “common defense and security of the United States.”

At this time, neither Uranium One Inc. nor ARMZ holds a specific NRC export license. In order to export uranium from the United States, Uranium One, Inc. or ARMZ would need to apply for and obtain a specific NRC license authorizing the export of uranium for use in reactor fuel. Before issuing such a license, the NRC would have to determine that the proposed export would not be inimical to the common defense and security of the United States

Yellowcake uranium was exported from the U.S., regularly between 2012 and 2014.

To cover their tracks, Obama signed a waiver which allowed the uranium to be first driven to Canada, where it would then be exported to Europe.

Obama had the audacity to claim in 2013 that his administration was the “most transparent” in history.  And we’re still learning, time and time again, how sneaky he could be.

Yet NRC memos reviewed by The Hill show that it did approve the shipment of yellowcake uranium — the raw material used to make nuclear fuel and weapons — from the Russian-owned mines in the United States to Canada in 2012 through a third party. Later, the Obama administration approved some of that uranium going all the way to Europe, government documents show.

NRC officials said they could not disclose the total amount of uranium that Uranium One exported because the information is proprietary. They did, however, say that the shipments only lasted from 2012 to 2014 and that they are unaware of any exports since then.

NRC officials told The Hill that Uranium One exports flowed from Wyoming to Canada and on to Europe between 2012 and 2014, and the approval involved a process with multiple agencies.

Rather than give Rosatom a direct export license — which would have raised red flags inside a Congress already suspicious of the deal — the NRC in 2012 authorized an amendment to an existing export license for a Paducah, Ky.-based trucking firm called RSB Logistics Services Inc. to simply add Uranium One to the list of clients whose uranium it could move to Canada.

The license, reviewed by The Hill, is dated March 16, 2012, and it increased the amount of uranium ore concentrate that RSB Logistics could ship to the Cameco Corp. plant in Ontario from 7,500,000 kilograms to 12,000,000 kilograms and added Uranium One to the “other parties to Export.”

Uranium left U.S. shores after all, and the efforts to cover up the move left Congress in the dark for years.

The Hill received an email from “Uranium One’s American arm” admitting that uranium was trucked to Canada to be exported throughout Europe and Asia. According to the letter, the move technically complies with federal law.

The Uranium One email reads:

The Uranium One bribery scandal is blowing up quickly and the publicly is learning how lie after lie buried the shady deal.

How much longer can mainstream media dismiss it?