Watch as Reed Hasting, CEO of Netflix makes the absurd claim that black families in America only have 1/10th the wealth of white families because of slavery:

This is completely absurd.

But if it was true, it would be the result of what Democrats have done to blacks over the years, not because of slavery.

After all Democrats were the party of slavery and Jim Crow, not Republicans.

That said, in America if you in good health and are poor it is your fault, not because of something that ended over 100 years ago.

HARLOW: “Before you go, I do want to ask you about race because you — Netflix has been far ahead of your rivals on diversity and your board in leadership and in content, frankly. You just personally donated $120 million to historically black colleges and universities.

After George Floyd was killed in Minneapolis, you moved $100 million of Netflix money into black-owned and run banks. And what you said about that was the move was to close the power gap between whites and blacks.

Can you explain that? And do you believe that more white leaders need to step aside to make room for more black leaders as we saw Alexis Ohanian do?”

HASTINGS: “As a consequence of slavery, Jim Crow and housing policy, black families in America have about one-tenth of the wealth of white families.

If we’re going to start to close that economic and power gap, we need black banks to be able to invest in the black communities.

If every major corporation takes 1% of their cash and deposits it in a black bank, it will be transformative in that sector.

Now, it’s not going to solve all of our problems, but it will make a real difference and it’s fairly easy for companies to transfer 1% of their cash to be in the deposit in black banks. So, already Costco has figured out that they want to do that and they’re moving ahead to that, so a credit to Costco.

We hope others will do that and we can have a steady investment in black wealth creation which will help heal the divide created by slavery.” 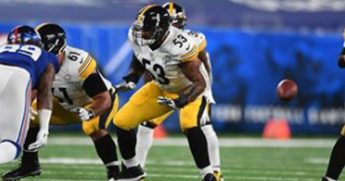