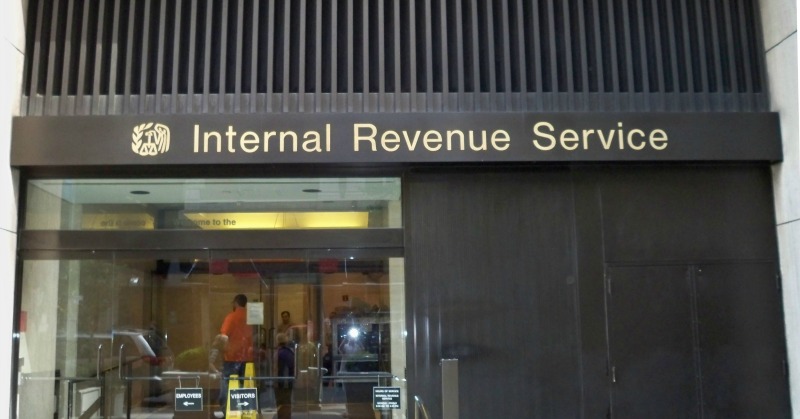 When the IRS targeting scandal first broke in 2013, top Obama officials tried to ride it off as a simple case of “rogue employees” who had no direction. That was later proven to be patently false.

But there’s more to this though, more than just the Obama administration and IRS. It turns out that top lawmakers in Congress urged the administration to target conservative groups. Due to recent email leaks, one Senator was implicated by name: Senator Sheldon Whitehouse (D, RI).

Sen. Sheldon Whitehouse (D., R.I.) urged the Department of Justice to prosecute conservative groups that were targeted by the IRS, according to documents obtained by the watchdog group Judicial Watch.

“New question from Sen. Whitehouse,” the staff email said. “Sen. Whitehouse is likely to ask [Acting Assistant Attorney General Mythili] Raman whether the Department of Justice is too deferential to IRS in deciding to prosecute 501(c) tax organizations that make false statements regarding their political activities in IRS filings.”

At the hearing, Whitehouse urged the Justice Department to rethink its deference to the IRS in these cases.

“I would urge that the Department and the Service get together and rethink whether in these two specific areas, which I think bear little resemblance to traditional tax violations and are in fact very plain-vanilla criminal cases, whether or not that deference to the IRS is actually serving the public interest at this point,” Whitehouse said.

Whitehouse apparently had specific groups in mind as well: the American Future Fund, A Better America Now, RightChange.com II, Crossroads GPS, among others.

The Free Beacon reached out to Whitehouse’s office for comment, which (predictably) went without response.

This is not the first time a sitting lawmaker has been linked to the IRS targeting scandal. In April of 2014, the House Oversight Committee released a damning report revealing that Elijah Cummings (D, MD) and staff had contacted the IRS about one of the targeted organizations in 2012, and continued to do so for months on end.

Cummings was on the Oversight Committee, which investigated the targeting. Cummings did not reveal the fact that he was involved in the targeting to the committee.
So there are now two lawmakers implicated by name in this scandal (which is still ongoing, in case you forgot). How many more will be implicated?

With recent email leaks, it seems that no sitting official is immune from damning leaks, especially officials with a D next to their name.

There’s a danger for them being exposed but there is a greater danger for us, for our freedom of speech. What this entire scandal represents is the government flexing its power to go after people whom it does not like.

If your political views are different than those of the Democrats, they aim to make your life miserable. Is this not why the First Amendment was ratified and adopted, to prevent this kind of abuse of power?

This kind of treatment cannot be tolerated in a free society.