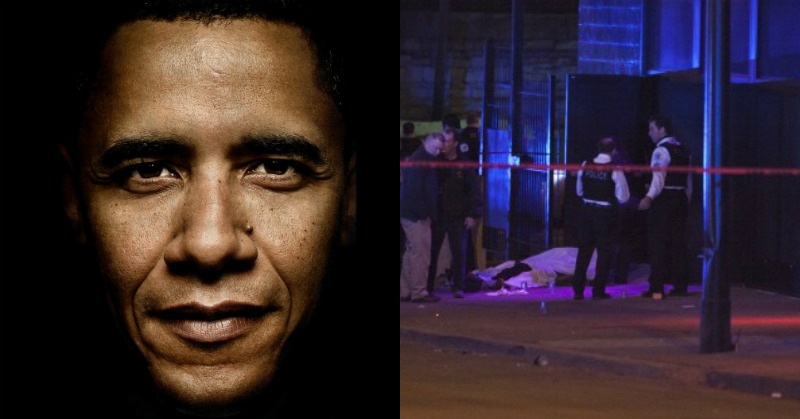 A new FBI report showed what Obama’s real legacy is and it isn’t pretty. In the first half of 2016, the murder rate skyrocketed by 21.6 percent in major cities across the country, according to Breitbart.

Violent crime increased in all four regions of the nation. These crimes were up 6.4 percent in the West, 5.9 percent in both the Midwest and in the South, and 1.2 percent in the Northeast

Now, what did President Obama have to say about crime recently? Well, it wasn’t based in reality, that’s for sure.

“There is no growing crime wave,” Obama claimed in an essay published Jan. 5 in the Harvard Law Review.

Under Obama, the nation is seeing the sudden reversal of a decades-long decline in violent crime. The reversal began in 2014, after the Ferguson race riot and as he launched his “stigmatize-and-federalize” campaign against state and local police.

The FBI was quick to see the reversal. In October 2015, FBI Director James Comey said “part of the explanation” for rising crime “is a chill wind blowing through American law enforcement over the last year,” implicitly criticizing Obama’s strategy of using left-wing activist groups and his Justice Department’s law enforcement regulations to reshape local policing.

As the death toll rises in Chicago and across the country, Obama has the gall to stand in front of the country and claim that nothing is wrong.

Obama was actually proud that he will be “first president in decades to leave office with a federal prison population lower than when I took office.”

With statements like that, it is abundantly clear that Obama and the left are hellbent on fundamentally transforming America — no matter how fatal the consequences are.

Like other leftists, Obama chooses to peddle the myth of “systemic racism” while denying the facts right in front of his face.

Thank God Obama is almost out of office, but the sad truth is that he did a great deal of damage during his eight years that President-elect Donald Trump is going to have to work to undo.

LA County Employee Removed After Horrifying Post About Deputy Ambush, “Won’t Be in Our City”