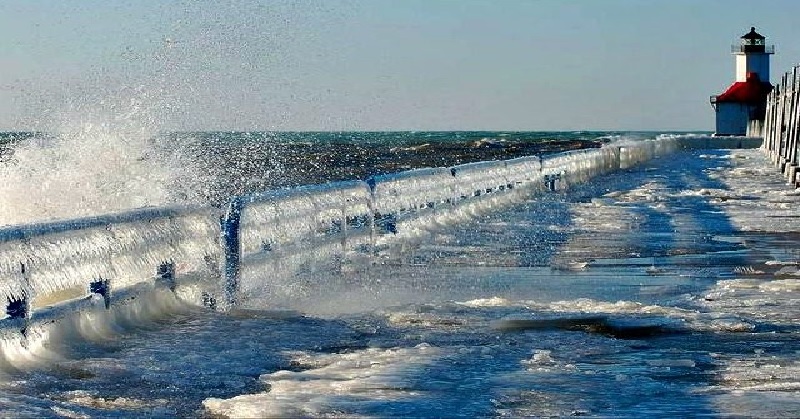 How many more bogus global warming predictions must go awry before they stop dominating headlines?

The least alarmists could do is hedge their bets by making their predictions so far out that they’ll be dead before anyone can check them.

We’ve witnesses the threat of “global cooling” change to “global warming” and eventually “climate change” over the years, but I want to focus on just one isolated case.

Let’s take the case of the Great Lakes. “Between 2010 and 2013 residents of the states surrounding the Great Lakes were told that climate change was permanently altering their environment and the record low water levels being recorded in the lakes may be the new normal.”

But as Breitbart reports, let’s take a look at what actually happened:

Now, only three years later, news reports are worried about beach erosion because the lakes have rebounded to record high levels of water.

This week, throughout the Chicago media landscape, as well as in reports in Michigan and Wisconsin, stories about a loss of swimming areas on public beaches are filling airwaves and newspaper pages. Residents and city officials are warning citizens that water levels in Lake Michigan and the other lakes are so high that the shallow swimming areas have been reduced as the water rises. Reports are also express worry over beach erosion and fears that the rising water is a danger to other infrastructure like roads.

In Chicago, DNAInfro.com, for instance, notes that water levels have risen a whopping four feet since 2013 and the new water is “swallowing up beaches.”

According to the Army Corps of Engineers, the water has risen 15 inches higher than this time last year and may rise another six inches before the summer heat starts its cycle of evaporation.

The Chicago Tribune reports that the northern suburb of Evanston is losing beachfront property. “All our beaches are shrinking,” Evanston parks director Lawrence Hemingway said.

For its part, Chicago’s Fox affiliate worries that the city’s lakeshore bike path is being destroyed by the higher water levels.

The Detroit Free Pressalso noted that the high water is erasing beaches and the water is at highs not seen since the 1990s.

Lake Michigan, of course, isn’t the only lake rising. As

a report from April about Lake Huron points out, all the lakes are rising.

But even as these news outlets are shocked and concerned about the record high levels of water filling the Great Lakes to overflowing today, only a few short years ago these same sort of news outlets were worried that the lakes were irreversibly shrinking and that climate change was desolating both commerce and the environment.

What a difference a few years makes.

Think we’ll see any coverage of this from the liberal mainstream media? I have my doubts…