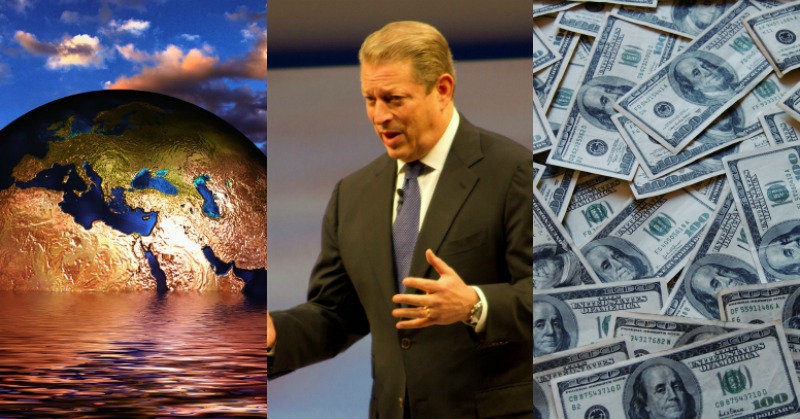 Liberal climate change proponents often lambast those that dare to call out their use of junk science to tank the economy with their erroneous claims by accusing those that don’t buy into their theories of rejecting “science.” But studies like this force them to eat their words.

In an effort to push their agenda, climate change scientists have been crowing that 2016 will be one of the hottest years on record. According to satellite data, they may very well be wrong.

According to NASA scientists, 2016 is set to be the hottest year on record, topping the current record holder, 2015. The thing is, these temperature readings are based on the surface temperature of the earth and don’t paint a fully accurate picture.

July data are out, and what do you know, still 99% chance of a new annual record in 2016. pic.twitter.com/ndSsbYuedA

The science blog Watts Up With That reported the findings of scientists at the Earth System Science Center (ESSC) at the University of Alabama in Huntsville that show, based on satellite readings of temperature, that 2016 may very well end up the second hottest year, not the hottest as has been predicted.

According to the Director of ESSC John Christy: “While global average temperatures peaked higher this year than they did in 1998, temperatures fell faster this spring and summer to levels that are cooler than they were at this same time of year in 1998.”

Christy added, “We had three months this year that were warmer than their 1998 counterparts, and five that were cooler. There is really no reliable way of predicting what the next four months will do, compared to those same months in 1998.”

According to The Daily Caller, a La Nina effect is set to kick in that scientists expect will result in a slightly cooler 2017 and may contribute to cooling in the final months of 2016. An El Nino event is responsible for the warmer temperatures in the latter portion of 2015 and into early 2016, with a similar event occurring in 1998 resulting in warmer than average temps.

The Daily Caller reported on Christy’s findings that analyze climate data from the 1970’s on:

“Christy’s satellite data only shows a slight global warming trend since the late 1970s when satellites began collecting data. Satellites show a warming trend of 0.12 degrees Celsius per decade, but that’s including this year’s El Nino.”

As Watts Up With That noted:

Neither Christy nor Spencer [Dr. Roy Spencer, a principal science with the ESSC] receives any research support or funding from oil, coal or industrial companies or organizations, or from any private or special interest groups. All of their climate research funding comes from federal and state grants or contracts.