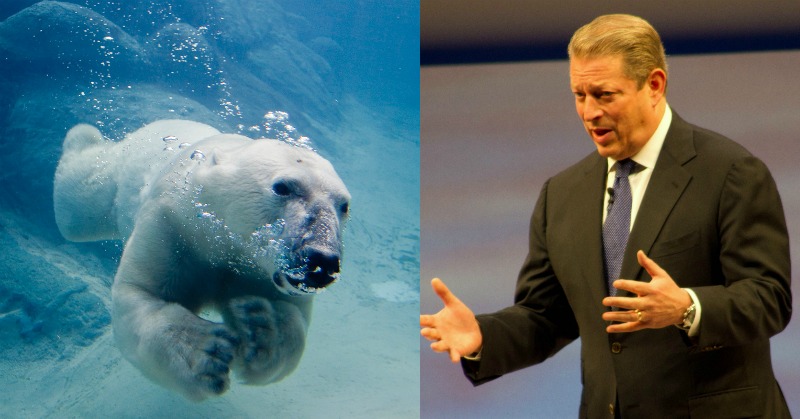 You’ve surely seen the pictures and heard the common refrain from global warming hoaxers — the polar bears are dying! No, they really aren’t, as a new study shows.

Until the new study, bear subpopulations in the Baffin Bay and Kane Basin (KB) were thought to be in decline due to over-hunting and global warming. The new report indicates this is not the case.

Predictions that bears would die due to a lack of sea ice have continuously not come to pass. Recent rumors about polar bear extinction underscore another time when scientists discovered the creatures possess higher resilience to changing levels of sea ice than previously believed. Another new study by Canadian scientists found “no evidence” polar bears are currently threatened by global warming.

“We see reason for concern, but find no reliable evidence to support the contention that polar bears are currently experiencing a climate crisis,” a study by Canadian scientists, published in the journal Ecology and Evolution, read.

Scientists are reportedly finding that nature is an incredible thing and that polar bears are much more able to adapt than the climate change propaganda pushers would have us think.

Former Vice President Al Gore put out a movie about global warming in 2006, which prominently exploited polar bears to tug on the heartstrings of people who seem not to realize that you wouldn’t want to get close to one.

Since then, images of poor fluffy polar bears have been used by man-made global warming hoaxers to push their agenda, but now these inconvenient truths about them actually thriving have thrown a monkey wrench into their plans.

This alarmist narrative made its way into the federal government when the U.S. Fish and Wildlife Service (FWS) declared the polar bear to be a threatened species under the Endangered Species Act in 2008.

The move by FWS turned the polar bear into global warming’s mascot as they were the first species listed because of the potential for them to be be negatively impacted in the future due to global warming.

Scientists have begun to question this narrative as the polar bear population numbers from today, as compared to 40 years ago, don’t support the climate change crowd’s caterwauling.

In fact, polar bears have likely survived past ice-free periods in the Arctic. There is no evidence of large scale marine life extinctions in the Arctic in the past 1.5 million years, despite the Arctic going through prolonged periods with no summer ice cover.

As it appears, the polar bears are going to be fine, as long as they can survive all the hot air spewed by the man-made climate change peddlers… and if they can keep away from Al Gore, since he’s got a lot of money riding on their demise…