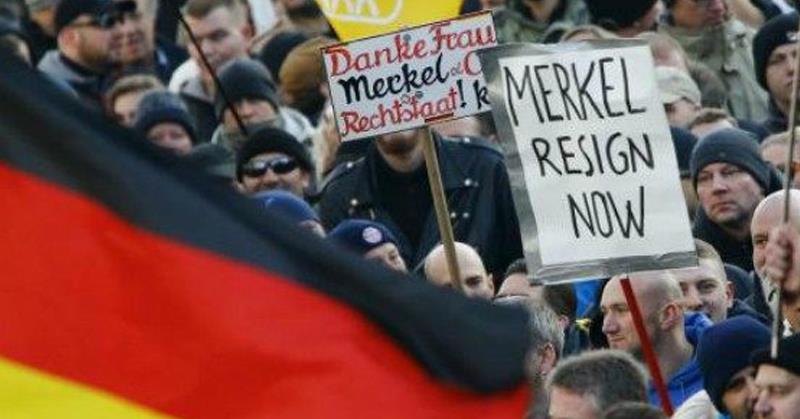 Some 1,049 men and women were victimised in Cologne on New Year’s Eve, subject to a litany of crimes ranging from pickpocketing to gang rape at the hands of migrants and asylum seekers.

It was by far the most widespread example of migrant crime on New Years Eve, but a report by the German Judicial Police (BKA), obtained by news daily Sueddeutsche Zeitungand the NDR and WDR television stations, reveals that it was far from unique, the Local has reported.

Nor is it unprecedented or at all surprising, given what we have known from day one about Islamic culture, which for the record shows zero concern toward the rights of women.

Because of the foolish policy decisions made by German Chancellor Angela Merkel, German women of all ages — even teen girls — are now living in constant fear, feeling as if they might be attacked, assaulted or even raped at any given time.

“The politicians live alone in their villas, drink their cocktails, and do nothing,” teen Bibi Wilhailm, 16, said in a video published last week. “They do nothing! I do not know what world they live in, but please, people, please help us! Please, do something!”

Moreover, neither politicians nor liberal feminists care to do anything about it.

“The feminists’ cause is not actually ‘feminism’ or ‘women’ – rather, their cause is leftism, statism, and collectivism. Islam is the very definition of statism. There is no unique soul in Islam. Islam is a state.”

Bingo, and unfortunately for the women of Germany, the statist desires of their leaders trumps their well-being and security …