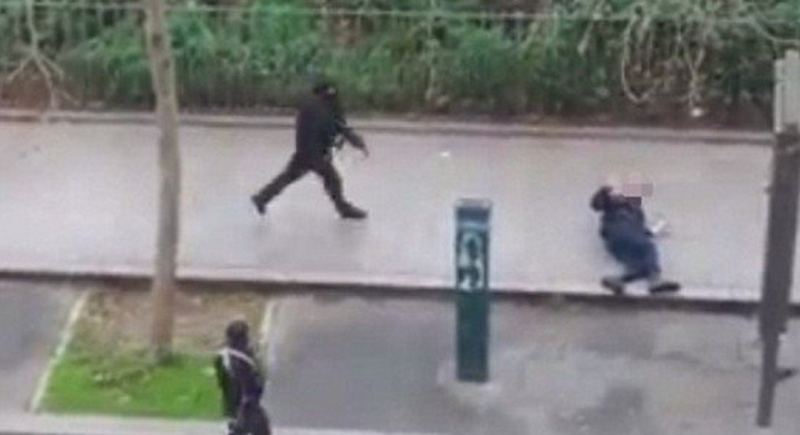 This perfectly illustrates why the mainstream media, especially the New York Times, CANNOT BE TRUSTED as a reliable source of news.

It’s clear that the Times has no issue changing details about stories that that contradict their preferred narrative.

Here is a before and after from a story about the terrorist proseltyzing during the Charlie Hebdo attack in Paris.

Sigolène Vinson, a freelancer who had decided to come in that morning to take part in the meeting, thought she would be killed when one of the men approached her.

Instead, she told French news media, the man said, “I’m not going to kill you because you’re a woman, we don’t kill women, but you must convert to Islam, read the Quran and cover yourself,” she recalled.

Sigolène Vinson, a freelance journalist who had come in that morning to take part in the meeting, said that when the shooting started, she thought she would be killed.

Ms. Vinson said in an interview that she dropped to the floor and crawled down the hall to hide behind a partition, but one of the gunmen spotted her and grabbed her by the arm, pointing his gun at her head. Instead of pulling the trigger, though, he told her she would not be killed because she was a woman.

“Don’t be afraid, calm down, I won’t kill you,” the gunman told her in a steady voice, with a calm look in his eyes, she recalled. “You are a woman. But think about what you’re doing. It’s not right.”

What do you think about this blatant example of journalistic dishonesty by the New York Times?