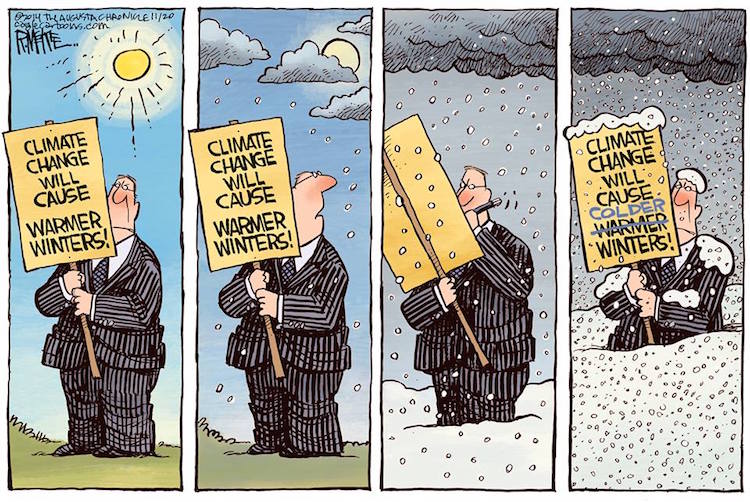 Scientists at NOAA have been tinkering with their data to make it look as if the planet was warming much faster than expected in order to influence global climate negotiations.

But the data was never subjected to the rigorous internal evaluation process at NOAA – a process Dr. Bates devised himself, The Daily Mail reports.

His vehement objections to the publication of the faulty data were overridden by his NOAA superiors in what he describes as a ‘blatant attempt to intensify the impact’ of what became known as the Pausebuster paper.

His disclosures are likely to stiffen President Trump’s determination to enact his pledges to reverse his predecessor’s ‘green’ policies, and to withdraw from the Paris deal – triggering an intense political row.

Interviewed by the paper, Bates accused fellow scientist Thomas Karl – author of the “Pausebuster paper” of “insisting on decisions and scientific choices that maximized warming and minimized documentation… in an effort to discredit the notion of a global warming pause, rushed so that he could time publication to influence national and international deliberations on climate policy.”

Both of the datasets were flawed. The Mail reports that NOAA has now decided that the sea dataset will have to be replaced and substantially revised just 18 months after it was issued, because it used unreliable methods which overstated the speed of warming. The revised data will show both lower temperatures and a slower rate in the recent warming trend.

In the weeks after the Pausebuster paper was published, Dr. Bates conducted a one-man investigation into this. His findings were extraordinary. Not only had Karl and his colleagues failed to follow any of the formal procedures required to approve and archive their data, they had used a ‘highly experimental early run’ of a program that tried to combine two previously separate sets of records.

NOAA not only failed, but it effectively mounted a cover-up when challenged over its data. After the paper was published, the US House of Representatives Science Committee launched an inquiry into its Pausebuster claims. NOAA refused to comply with subpoenas demanding internal emails from the committee chairman, the Texas Republican Lamar Smith, and falsely claimed that no one had raised concerns about the paper internally.