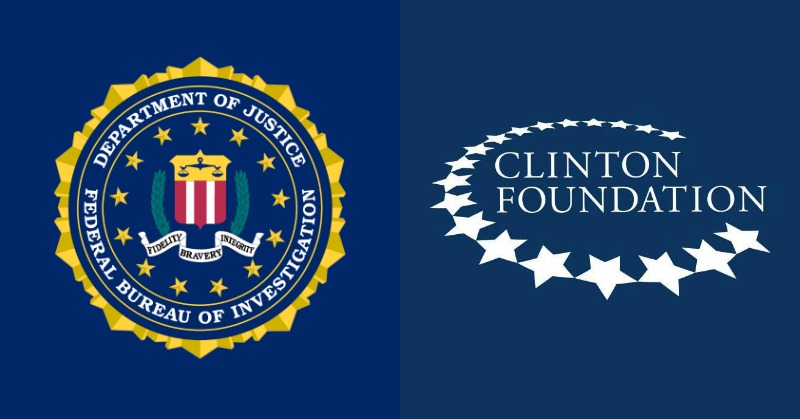 After the election, there was some concern that the only justice Hillary Clinton would receive came in the form of losing out on the presidency. But a new report from the Daily Caller News Foundation showed that the investigation into the Clinton Foundation isn’t over yet.

Officials at FBI headquarters instructed its New York field office to continue its corruption investigation into the Clinton Foundation following the election of Republican candidate Donald Trump, according to a former senior law enforcement official.

The instructions ordered agents to “go forward” with their ongoing inquiry into the Clinton Foundation which is focusing on issues of corruption and money laundering, according to the source.

“There were no instructions to shut it down, to discontinue or to stand down on the investigation, but to continue its work,” the former official told the Daily Caller News Foundation in an interview.

He said he received this information about a week ago and that the order originated from the bureau’s headquarters in Washington, D.C. well after the Nov. 8 election. He did not know who at FBI Headquarters issued the order.

The same source broke the news to TheDCNF that the FBI was conducting a multi-city probe of the foundation in as many as five cities: New York, Little Rock, Washington, D.C., Los Angeles and Miami. The source did not know the status of the bureau’s work in the four other cities.

There has been concern following the election, and comments by President-elect Donald Trump, that Clinton would not see justice.

We still don’t know whether or not anything will come of the investigations, but the fact that they are still going forward is at least something.

There was clearly a pay-to-play scheme conducted by Clinton during her time as secretary of state, with the money funneled into the family slush fund. Whether or not anything is ever done about it is an entirely different question.

The New York Times interviewed Trump back in November and he discussed Clinton’s scandals. In the article published on Nov. 22, the Times reported:

Mr. Trump said he wanted to “move forward” from the subject. Without elaborating, he said that “we’ll have people that do things,” perhaps a reference to the F.B.I. or Republicans who might continue to press for prosecutions in the email or foundation cases. But the president-elect made clear that he would not seek to pursue an investigation himself nor make it a priority after he assumes office.

There was concern after Trump made these comments, but it seemed as though he may have had something up his sleeve — such as wanting to keep his intentions close to the vest given that President Obama could still potentially pardon Clinton.