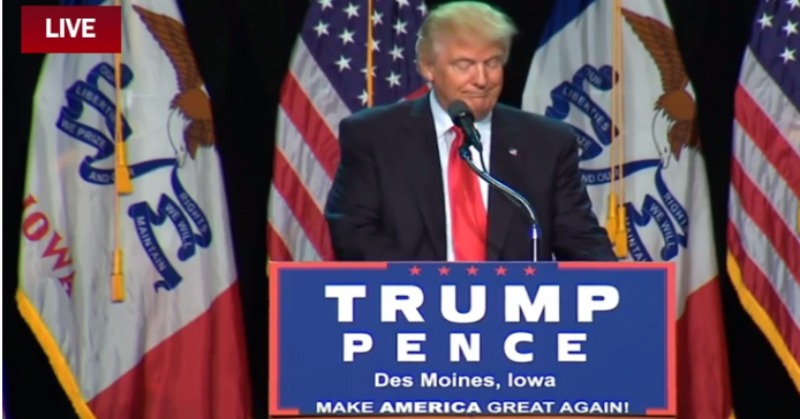 The Donald Trump hot-mic recording is beginning to fade from the headlines, but liberal progressives won’t let it go quite yet. They saw that it was the only revelation that made Republicans step back and reconsider their support, so they want to milk it for all it’s worth.

The New York Times decided to do to Trump what the National Enquirer did to Ted Cruz, and report about some women who claim that Trump was inappropriate with them in the same way that he mentioned in the recording.

The women, Jessica Leeds and Rachel Crooks, claim that Trump sexually assaulted them. Leeds alleged assault took place on an airplane 36 years ago, where she claims she was moved from coach to First Class seating, and when she sat down, she found herself next to Donald Trump.

She then says that Trump began kissing her and grabbing her chest, as well as trying to put his hand up her skirt. But when Leeds was moved back to coach, she failed to alert the flight staff to the incident, but she did share the story with the people close to her.

Crooks alleges that she met Trump in 2005 when she was a 22-year-old receptionist at Trump Tower in Manhattan. The pair was outside an elevator when she says she introduced herself to him and shook his hand. It was at that point that Crooks says Trump refused to let go of her hand, and began kissing her on the cheek and then “directly on the mouth.”

Trump’s people have denied this accusations, claiming that the story is false and nothing more than character assassination. Jason Miller, Trump’s spokesman, had this to say:

“It is absurd to think that one of the most recognizable business leaders on the planet with a strong record of empowering women in his companies would do the things alleged in this story, and for this to only become public decades later in the final month of a campaign for president should say it all.”

Without missing a beat, Trump’s lawyers fired off a letter to the New York Times, telling them to pull the article or face a lawsuit.

This @realDonaldTrump letter to NYT is from Kasowitz, the same lawyer who sued me. Clinton spox said NYT can line a birdcage with it: pic.twitter.com/dS7pgB9qiq

Suggesting that there is a political element to the story, both women bring up the fact that they support Hillary Clinton, as if that’s relevant when talking about a sexual assault you endured.

The New York Times released a comment on the situation:

“Prior to publication, we did hear from representatives for Donald Trump demanding that The Times refrain from publishing and accusing our reporter of dishonest journalism. We responded by publishing our story.”

It should be known that the New York Times has been forced to pull smear pieces on Republicans before, most notably an article directed at then Republican Presidential candidate John McCain.

@NBCNews Yes, yes. Remember when NYT smeared McCain too and then got sued and had to retract? pic.twitter.com/RcC8HokESf

Whether this is true or not has yet to be seen, but the timing and content of this article are extremely suspicious, and those facts alone lend themselves to the argument that this is nothing more than a poorly-constructed hack job.