The New York Times tried to dig up dirt on President Donald Trump’s nominee for the Supreme Court, Neil Gorsuch, and found, gasp, that in his time as a lawyer he represented a very wealthy man.

An ominous headline lurks on the front page of Wednesday’s New York Times, tantalizing readers with word of Judge Neil Gorsuch’s “web of ties” to a “secretive billionaire.”

The Times reports that Gorsuch, President Donald Trump’s nominee to succeed the late Justice Antonin Scalia on the Supreme Court, has something of a patron in Philip Anschutz. Anschutz’s net worth is $12.6 billion. He’s an investments magnate who leverages his fortune to finance conservative groups, including the Heritage Foundation and the Federalist Society.

Gorsuch’s ties to Anschutz prove far less interesting than the headline suggests. The judge was retained to represent Anschutz when he was an attorney in private practice at Kellogg, Huber, Hansen, Todd, Evans & Figel, an elite boutique operation based in Washington, D.C. In this capacity, Gorsuch represented several of the billionaire’s companies as well as their corporate officers. A review of these cases conducted by the Times shows the work consisted of garden-variety litigation. The most interesting case appears to be a dispute over a $710 million extraordinary dividend.

A partner at the firm, Mark Hansen, explained to the Times that Gorsuch was given the task “because of his skills and experience and because he had expressed to me an interest in getting involved in things relating to his home state.”

Apparently the Times thinks that having a previous job could raise conflicts of interest should Gorsuch be confirmed as the next Supreme Court Justice. Anschutz’ businesses are reportedly extensive and could eventually result in a case involving his business interests making their way to the Supreme Court and in front of Gorsuch.

But Tony Mauro at The National Law Journal put forward a piece that debunks this already dubious concern, as Gorsuch was very careful to avoid conflicts of interest and was a stickler for ethics rules while serving on the 10th Circuit.

During Gorsuch’s time on the 10th Circuit he reportedly recused himself from more than 1,000 cases, many of which involved a former client or colleague. Apparently even the Times had to note that since he was so careful to stay away from conflicts of interest in the past, there’s no real reason to think that he wouldn’t continue this practice should he become a Supreme Court Justice.

In summary, the Times went fishing and found nothing, but they made sure to put it out there anyway, and although some Pollyannas might think that they did so in the interest of transparency, that’s highly unlikely.

The much more likely reason was to gin up outrage from the left, which bristles at the thought of people being successful, wealthy, or connected, in an effort to smear Gorsuch for their radical base in one of the left’s favorite tactics — class warfare.

Instead, to reasonable people, this appears to be a big, fat, waste of time put forward by the increasingly desperate left. 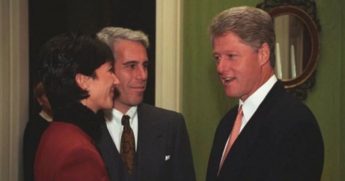 @RotThingTon / Twitter We Have Their Names: Epstein Brought 8 Women with Him to Visit Clinton at White House - Report