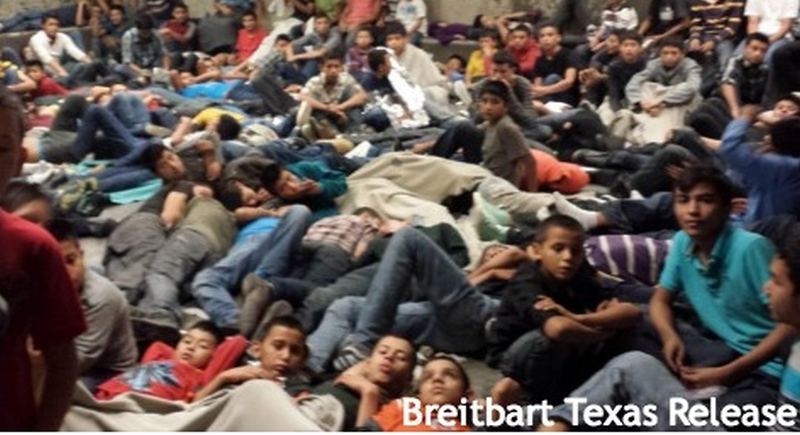 The Department of Health and Human Services released an end-of-year report singing it’s own praises about how it handled huge number of unaccompanied illegal alien children last summer.

HHS’s Office of Refugee Resettlement report reveals that the Obama Administration’s self-created nightmare last summer resulted in nearly 58,000 unaccompanied illegal alien children arriving before the end of fiscal year 2014, close to as many as arrived in the past five years combined, reported the National Review Online.

“ORR and its partners worked tirelessly throughout the summer influx, addressing emergent medical issues and implementing protocols to prevent backlogs in placements, to ensure that the children received appropriate medical screening and care,” the report says. “Faced with unprecedented numbers of children arriving at [Department of Homeland Security] border patrol stations faster than space could be found in the network to accommodate them, the team worked tirelessly and creatively around the clock to clear the backlogs at over-crowded border patrol stations, and move the children quickly and safely into appropriate shelter beds.”

In total, ORR’s report says, the government placed the approximately 58,000 children into 124 facilities throughout 15 states. The report says it’s difficult to know how many unaccompanied alien children will arrive this year, but that ORR staff has already begun preparing.

So despite the fact that the majority of Americans wanted them sent back to where they came from, the diseases the kids brought in and spread and the fact that they will never come to any hearing to determine the validity of them staying, not to mention the cost to the taxpayers in housing, food, transportation, medical care, free education including college, an illegal yet likely path to citizenship and the seemingly open invitation to do it all over gain next year, the administration wants a pat on the back for all their efforts.

It is just another example of Obama making and meeting his own agenda rather than the will of the people at the expense of the people.