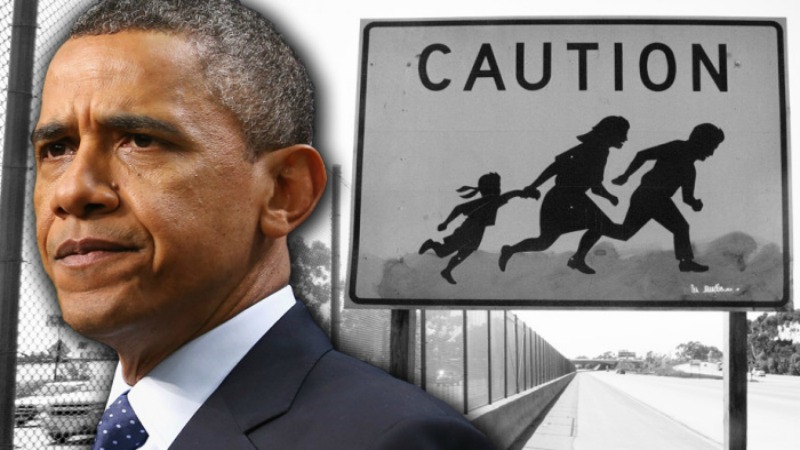 When Obama pulled his ‘Executive Amnesty’ order out of his hat, illegal aliens across the nation rejoiced while law-abiding citizens who understand the Constitution said ‘you can’t do that.’

Of course, King Obama thinks he can do whatever he wants and so far he’s sort of been able to, until now.

Twenty seven states across the country took the Obama Administration to court because of his Executive Amnesty program and so far the ‘rule of law’ is winning.

The Fifth Circuit Court of Appeals issued a ruling on Monday evening effectively putting a halt to President Barack Obama’s executive amnesty program. Texas and 26 other states joined in the lawsuit to block the Administration’s illegal action.

“The court’s decision is a vindication for the Rule of Law and the Constitution,” said Texas Governor Abbott in a statement obtained by Breitbart Texas. Abbott initially filed the lawsuit in 2014 during his final months as Texas’ Attorney General. “The President’s job is to enforce the immigration laws, not rewrite them. President Obama should abandon his lawless executive amnesty program and start enforcing the law today.”

The Fifth Circuit held, “Reviewing the district court’s order for abuse of discretion, we affirm the preliminary injunction because the states have standing; they have established a substantial likelihood of success on the merits of their procedural and substantive APA claims; and they have satisfied the other elements required for an injunction.”

Amazing, the Constitution has once again won as have the American people.

If the United States wanted to be ruled by a King, we’d still be part of England.

Of course, the Obama Administration will most likely continue wasting millions of taxpayer dollars to fight for his unconstitutional action.