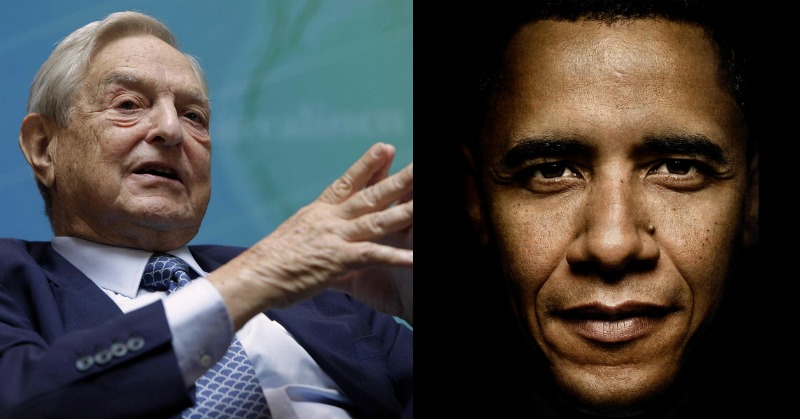 Millions of taxpayer dollars have reportedly flowed toward billionaire regressive globalist George Soros’ organizations to destabilize the democratically elected, center-right government in Macedonia — thanks to an Obama administration holdover.

Based on records analyzed by Judicial Watch, the money is flowing to destabilize the right-leaning government under the watch of U.S. Ambassador to Macedonia, Jess L. Baily.

According to Judicial Watch:

Barack Obama’s U.S. Ambassador to Macedonia, Jess L. Baily, has worked behind the scenes with Soros’ Open Society Foundation to funnel large sums of American dollars for the cause, constituting an interference of the U.S. Ambassador in domestic political affairs in violation of the Vienna Convention on Diplomatic Relations.

The cash flows through the State Department and the famously corrupt U.S. Agency of International Development (USAID), which is charged with providing global economic, development and humanitarian assistance. USAID has allocated about $5 million to leftwing Soros groups in Macedonia since 2012, documents show, and at least $9.5 million has been earmarked by the agency to intervene in the Balkan nation’s governmental affairs for 2016-2011. State Department figures have been tougher to come by and Judicial Watch has filed a Freedom of Information Act (FOIA) request for the numbers. Judicial Watch also fired off a public records request to USAID because the preliminary figures, obtained through various sources in both the U.S. and Macedonia, appear to be incomplete.

This conservative government in Europe would certainly be a concern for Soros, who is a major open-borders globalist.

Judicial Watch has gotten access to information via high-level sources in Macedonia and the U.S., and they have found that Soros’ Open Society Foundations have started several leftist nongovernmental organizations (NGO’s) in the European country in an effort to take down the conservative government there.

The conservative watchdog group outlined the tactics that Soros’ cronies are using to overthrow a democratically elected government, which are typical of the left’s dangerous and disturbing playbook:

The groups organize youth movements, create influential media outlets and organize violent protests to undermine the institutions and policies implemented by the government. One of the Soros’ groups funded the translation and publication of Saul Alinsky’s “Rules for Radicals” into Macedonian. The book is a tactical manual of subversion, provides direct advice for radical street protests and proclaims Lucifer to be the first radical.

What kinds of things are Soros and the left so concerned about in regard to Macedonia? Well, the European country with a population of around 2 million has implemented numerous conservative policies:

With a population of about 2 million, Macedonia has one of the more conservative governments in Europe. This includes the lowest flat tax in Europe, close ties with Israel and pro-life policies. The country recently built a border fence to crackdown on an illegal immigration crisis that overwhelmed law enforcement agencies. Between 10,000 and 12,000 illegal aliens were crossing the Greek-Macedonian border daily at the peak of the European migration crisis, a Macedonian official told Judicial Watch, and the impact was devastating.

The billionaire globalist has apparently been busy interfering elsewhere in Europe as well– last month, Hungary’s prime minister reportedly spoke out about Soros’ actions regarding the funding of groups that work in secret to sway the political landscape in his country.

“Large-bodied predators are swimming here in the waters,” Viktor Orban said during his annual state of the nation speech. “This is the trans-border empire of George Soros, with tons of money and international heavy artillery.”

As Judicial Watch noted, “This appears to be the case in Macedonia with the help of American financing. There have been a number of violent protests in recent months that have been coordinated by Soros’ Open Society Foundation through its U.S.-funded NGOs, sources tell Judicial Watch.”

U.S. congressmen have worked to get answers about this mess, but as Judicial Watch pointed out, they may come up empty-handed as Baily is likely to be out soon enough. Still, as they noted, it doesn’t change the fact that millions of dollars have gone to this disturbing effort and our government needs to answer for it.

The left’s insistence on pushing the Russian boogeyman narrative to explain away their 2016 losses is even more pathetically absurd given developments like this that show how our government has reportedly been involved in efforts to overthrow a democratically elected government.

That’s a lot worse than the Democrats screwing themselves over via revealing emails that they wrote (no matter how they got out), wouldn’t you say? 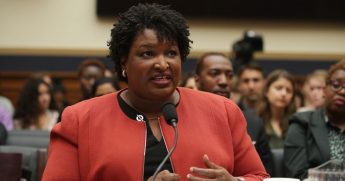 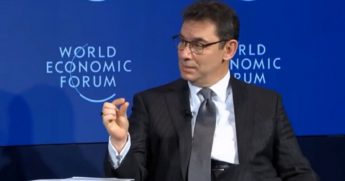