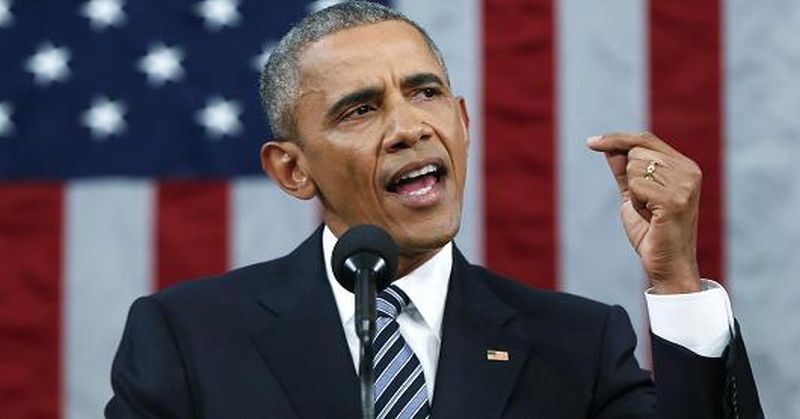 President Obama claimed in a recent Vanity Fair interview that there are things he can’t say as president, blaming a “whole host of institutional constraints.” But he hinted that once he leaves the White House, he’ll be free to get more vocal about issues important to him.

As president of the United States, Obama said he felt uniquely privileged, but also humbled.  “Having had this office has given me this incredible perch from which to see how the world works.”

Apparently, that privilege and power isn’t enough to work out the issues.  In fact, it’s prevented him from doing so.

“There are institutional obligations I have to carry out that are important for a president of the United States to carry out,” Obama continued. “But may not always align with what I think would move the ball down the field on the issues that I care most deeply about.”

Obama campaigned under the banner “Hope and Change.”  He Walrus-and-the-Carpentered his way into the presidency with the support of people who believed he cared about them and wanted to make America, and the world, a better place.

In the interview conducted by presidential historian Doris Kearns Goodwin, Obama talked about his use of the term “radical Islam,” how he would miss Air Force One and his desire to make the world better.

[…] Obama has spoken passionately about many subjects as president, one being police violence against black men. He said after the death of Trayvon Martin in Florida that “we need to spend some time in thinking about how do we bolster and reinforce our African American boys.”“You know, when Trayvon Martin was first shot I said that this could have been my son. Another way of saying that is Trayvon Martin could have been me 35 years ago,” Obama said. “I think it’s important to recognize that the African American community is looking at this issue through a set of experiences and a history that doesn’t go away.”

Once Obama leaves office, and those “institutional constraints” have lifted, we’ll see what issues he decides to address.

It is the normal custom among ex-US presidents to stay quiet in the shade of retirement. Think George W. Bush, who often refused to say anything negative about his successor, even when pressed by the media. Bush thought it would be beneath him.

Obama craves the attention too much. He’ll never learn when to just keep his big mouth shut.

We’re overjoyed that Obama’s next title will be “ex-president.” But, apparently, he’s not done destroying America just yet.